Some Swiss crooks launched a scam project and then changed their stripes to give the world a new attractive and formidable revolutionary startup. But their dirty past can’t be contained under this surface. Welcome to the first instalment of Reader Requests.

Have you seen the stupid film Dead Snow? Basically, a group of young people go to relax in the Norwegian mountains but stumble upon a regiment of Nazis that have been turned into zombies since the end of WW2. Nope? Only try if you’ve got something to smoke beforehand. Otherwise, it might just be too much trash to endure.

Many of our subscribers asked us to do some research on the startup Swiss Alps Mining. Apparently, it’s a very interesting idea and there could be some serious profit. After all, mining is a lucrative thing.

At first, we thought about quickly outlining why it’s a scam on our Telegram channel. But the farther we waded through the whitepaper, social media pages and biographies of the main characters, the more we realised that we were faced with a real fucking Operation Dead Snow. Just like this wise man wrote. 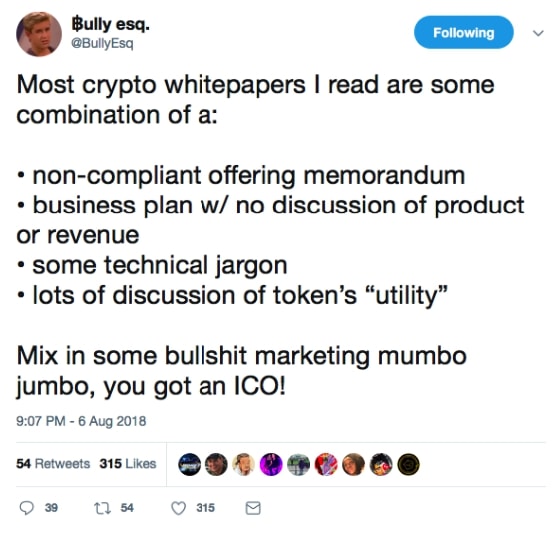 So, we click on the link and are met by a bright calculator that shows us a bright future with Lambos, blackjack and hookers. 400% ROI in 3 years. Not bad. 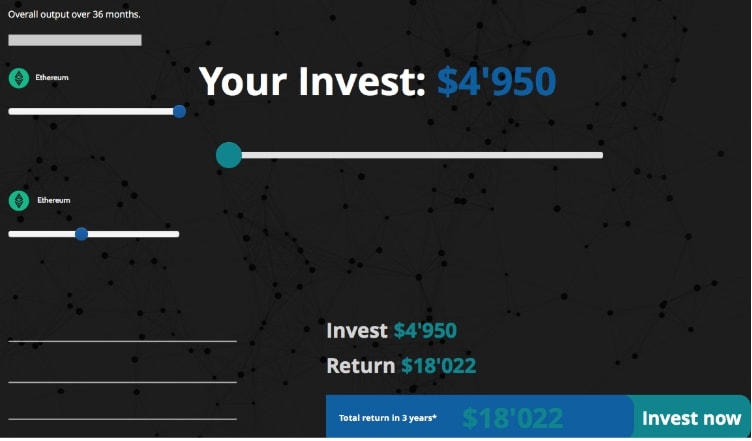 The company’s address shows that it’s located between tennis courts and a veterinary hospital. This is where a revolution is being born! 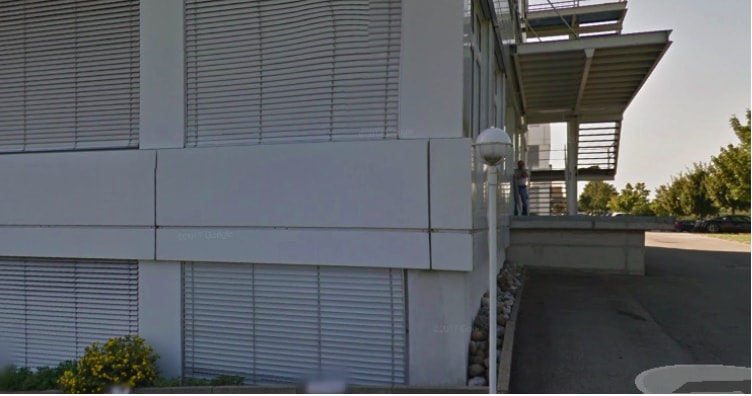 The next thing before us is a video in the finest quality. It shows us a helicopter transporting a shipping container to music that sounds like it’s from a superhero film soundtrack. Then there’s the startup’s sign being attached to a mountain lodge (like the ones in Dead Snow). 36,000 views, 2 likes… An unappreciated masterpiece.

Then we can read about what is what. Swiss Alps AG Energy is a strong company with loads of professionals that is creating innovative facilities for cryptocurrency mining. 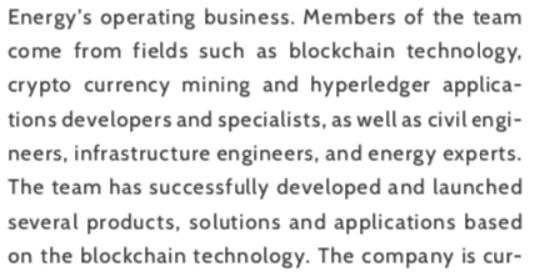 We’ll take a look at the “expertise” of the team members a bit later. That’ll be fun.

So, what’s the idea behind the project? It turns out that there were once a lot of farmhouses in the Swiss Alps. Farmers would herd goats, make cheese for fondue and go skiing there. It could be that urbanisation is to blame, they simply moved to pastures greener or the Nazi zombies appeared, but to cut a long story short, there are now more than 400,000 farmhouses that have been abandoned by their owners.

The guys from Swiss Alps Mining came to the conclusion that the Swiss authorities will be all for it if these cabins are brought into operation again. This is an optimal arrangement for miners, because the country has good legislation, sensible law enforcement and low temperatures. Which are ideal for keeping equipment cool.

In addition, the Smart SAM Mining artificial intelligence will determine which coins it is currently better to mine based on market trends. Next, the company introduces its financial expert. And then its own blockchain.

Swiss Alps Mining plans to sell full cubes or separate units of computing power. It will make money regardless of the sales. Something like this: 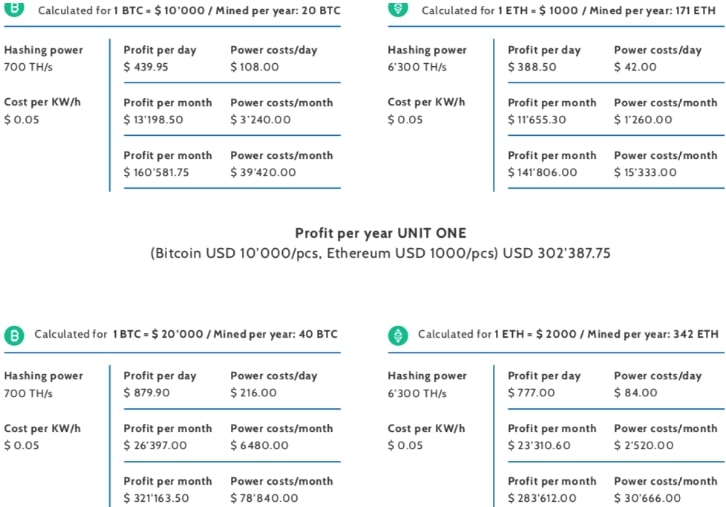 Are we the only ones to notice that they forgot to change one of the “months” to “year”?

Subsequently, the startup plans to build its own hydroelectric power plant. Then electricity will really be as cheap as chips.

The company offers all comers the chance to buy computing power. You can sit drinking whisky at the Hard Rock Cafe in Hong Kong while crypto is being mined for you in the Alps. For the use of 16 TH, a client pays the company $4,000 + 10% of their income over two years. Here’s the ideal outcome:

The sale was a bit of a strange one. Initially, they wanted to raise half a billion dollars from the presale alone. 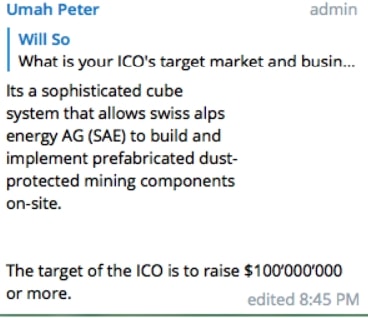 In the end, they raised 6 million at the first public sale. Nevertheless (your attention please) the guys have scheduled as many as four more public sales and two private ones. What kind of a Guiding fucking Light is that?

In spite of everything, the company’s allocation of funds is pretty decent.

Everything on the roadmap is in progress. The first cube has already been made and is in the photos and video. The rest will be done in parallel with the ICO, which also applies to developing the SAM platform, renting the abandoned farmhouses and so on.

These questions are especially important given the other red flags. For example, the social media pages are not encouraging. Look at the number of followers and the reactions to each post. Liar, liar, pants on fire!

The startup’s cofounder and CEO, Gian-Carlo Collenberg, is a shady character. LinkedIn reveals that he’s also part of the project Gira, which is a shitcoin that has also bought Facebook activity and that none of the exchanges know anything about. 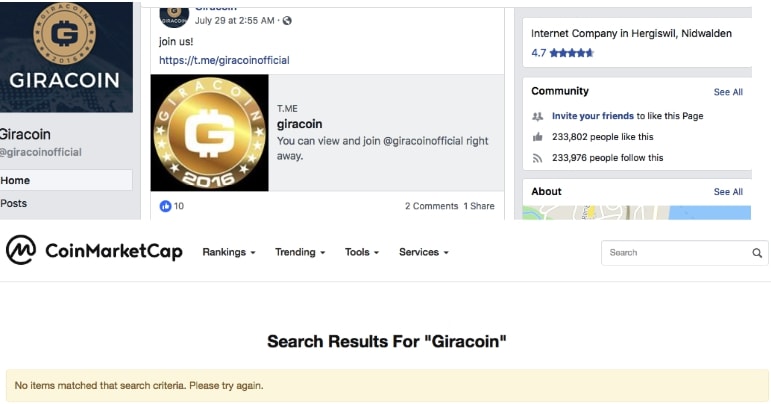 Although the token description, of course, makes you think about success.

He also has his own website cryptocoinexchange.com. No one knows how much he paid for the domain name, but the traffic there is pretty sparse. And it’s not an exchange at all. Although it is supposed to become the holy grail of Swiss Alps Mining. 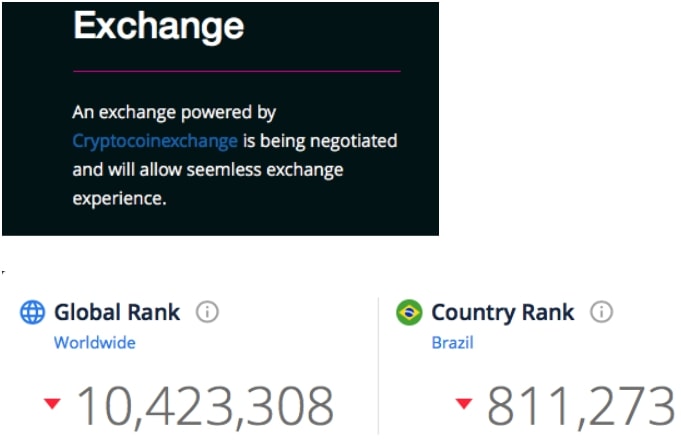 Cofounder and CFO Ramon Simon is also involved in the ShitGiraCoin. In addition, as we write this and you read it, he’s bought himself a real Lambo. 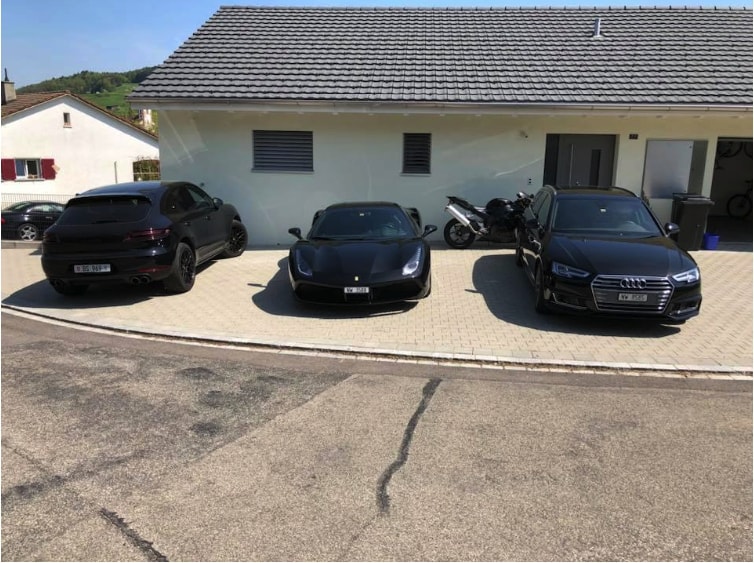 Or at least took a photo of one. His profile shows that he drives a Volvo, just like his girlfriend.

For some reason, cofounder and CMO Michael Rava only calls himself a consultant for the project on his LinkedIn profile. Brothers/cofounders/CTOs Raja and Gnana Yogarajah also worked (or still do) on GiraCoin.

One of the advisers is Ian Scarffle, a dude who doesn’t go a day without joining a new ICO and who awarded good ratings (probably not for free) to the scam projects World WiFi and Swachcoin.

In a nutshell, a real mess. Don’t invest. Incidentally, we’re not the only ones who think that way.

In the film Dead Snow, the zombie Nazis are victorious. Let’s stop these guys from making the snow yellow and the reputation of blockchain shitty. Fuck them! 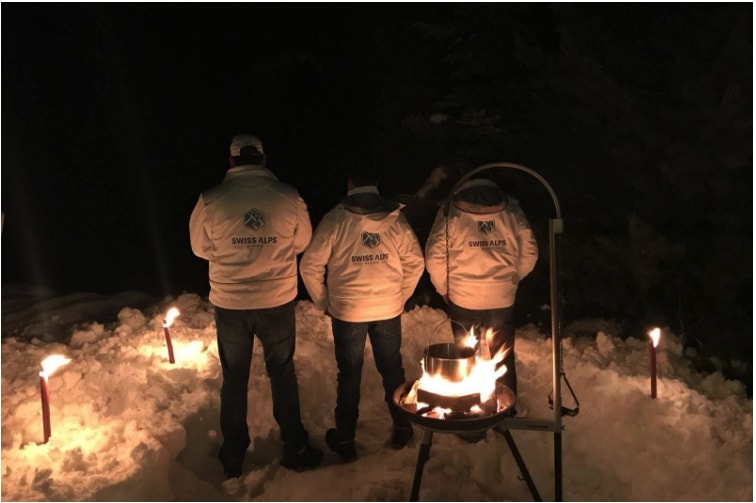 Dear readers, keep sending us ICO projects to research or even write your own reviews – we’ll be more than happy to publish them. Together we will prevail!