Fake tire recycling, an inapplicable token, Wachowski sisters, and others crazy shit in the next scam from ExMarkets.

I love Simpsons. And I associate burning tires with them (because of the opening sequence) or with revolutions (documentaries).

Another muddy startup Emjac at the ExMarkets exchange that has gone off the deep end a long time ago decided to fight with tires that are used not for direct purposes. At least, this is the actual business plan of its founders.

Before now, used tires were processed into rubber crumb, from which were made all sorts of useful things such as playgrounds covering or skating rinks. Our heroes will make diesel fuel, carbon black, steel wire, synthetic gas, and even toners for printers. 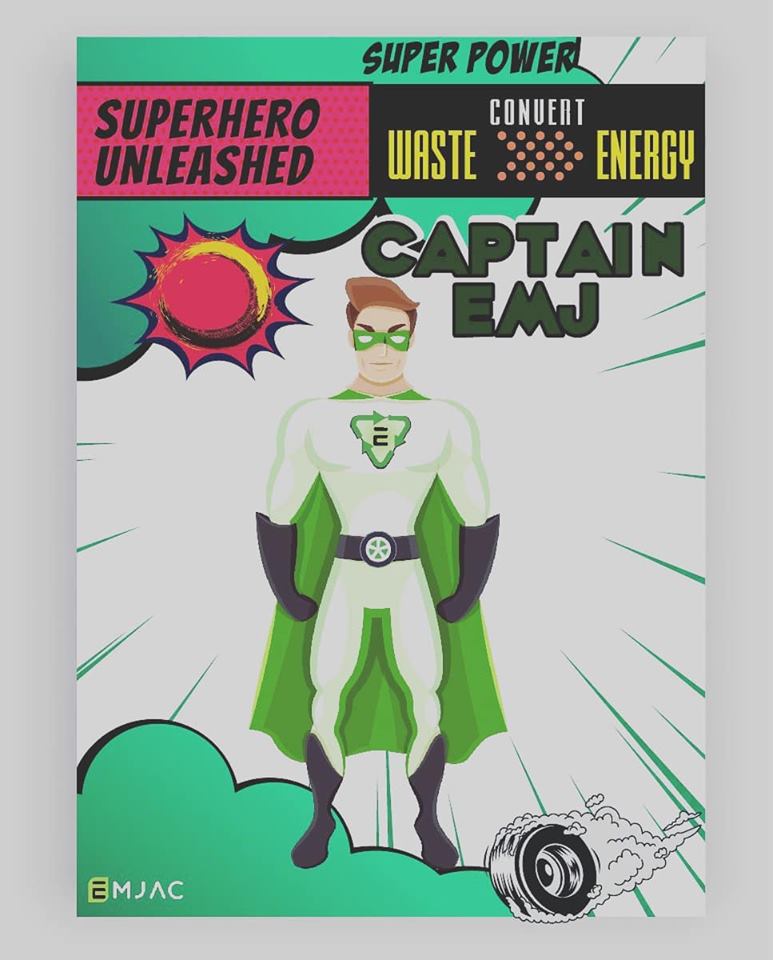 Michelin’s marshmallow man made a whole culture around car tires. Captain EMJ will make you look different at its recycling.

The founders of the project from Malaysia claim that they have developed revolutionary TRU technology that doesn’t harm the ecology of the planet.

This magical system works as follows. I guess I understood a lot more of Professor Legasov’s scheme in “Chernobyl”  🙂 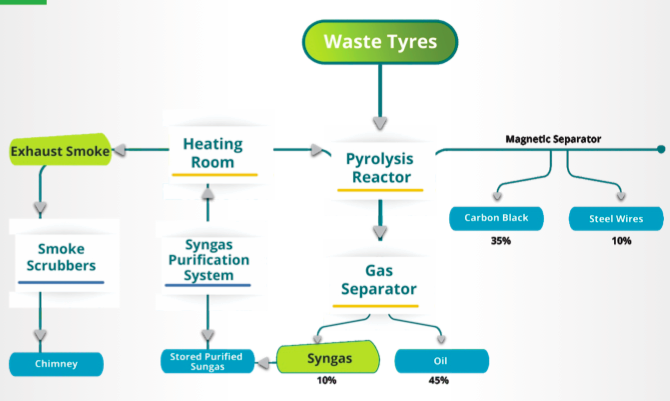 No, stop. This technology belongs not to Emjac but to Evergreen Corporate SDN BHD. Here is their website. These guys write about themselves that they have been revolutionaries in tire recycling since 2009. But the slightest analysis shows that their digital appearance is still in the early Paleolithic: the domain is younger than three years old, and they’ve never heard of corporate email. 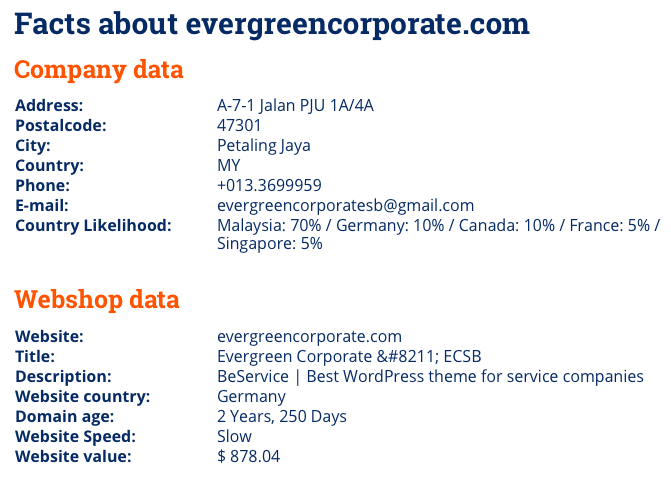 Although, what can I say if the other Malaysians from Emjac are even registered in Panama. Why? So you can’t find them later? And, by the way, their domain is also recently bought. Anyways, they claim that all this story began in early 2016. 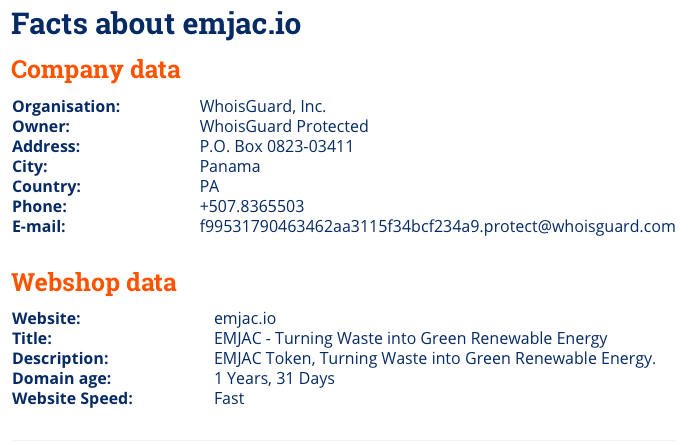 But we are a little bit off-topic. Judging by the startup’s whitewater, Emjac and Evergreen are partners. For Evergreen, this is an opportunity to recycle even more tires. For Emjac – a way to earn a percentage of the recycling of someone else’s garbage.

Let’s say you have 20 wheels piled up in your backyard. You sent them to the Evergreen TRU miracle utilizer, they made fuel of them, sold it in the Emjac marketplace, whose tokens got into your pocket. You exchanged them for BTC and rode off into the sunset. Cool?

Looks like something tricky. The idea is raw up to blood. Why do buyers of synthetic fuel need to get involved in all these blockchains, register on the Emjac marketplace, and convert their bucks into shittokens? Or is it designed for those who take tires to a dump, and here they can earn some money and save the planet at the same time? Then the organization should have an ultra-powerful sales department that will sell all the products of TRU factories, change fiat to Emjac shittokens, and send them as a reward. But why then we need a token that no one will pay for anything with? Give us a BTC for old tires. How bout that?

But inaccuracies at this stage are nothing compared to everything else. It turns out that the bounty in this startup is not considered as marketing. Moreover, the guys don’t need marketing at all.

What is even more weird, is that the whitepaper ends here. Why they need the sale and where the money will go is not said in here. There is no token price, there is a two-month gap between IEO and the listing on the stock exchange. Exmarkets will only sell tokens but not list them? How come? 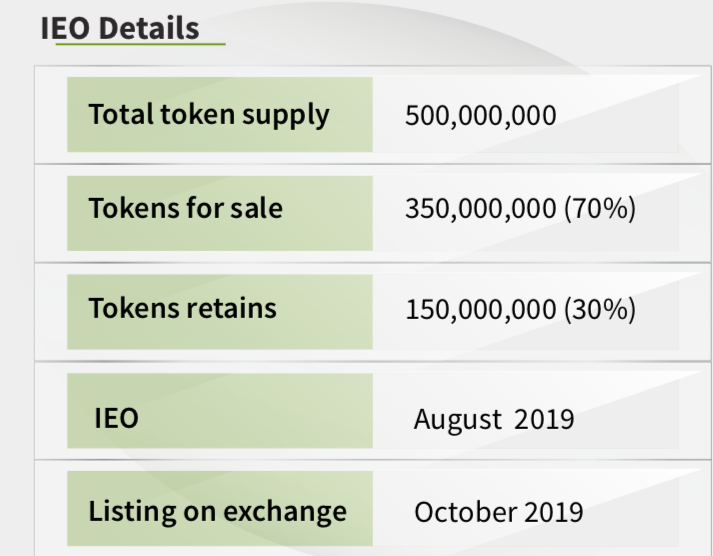 In another source, the guys already wrote that they will distribute tokens a month after the sale ends. And that their softcap is 8 million bucks. But again, why do they need them, no one explained!

And Facebook also clarified that IEO will begin September, not in August. Oh my! But they pay $ 2500 bucks for a quiz. But in Emjac shittokens. Which, as we managed to find out, are suitable only for exchange for something really necessary. 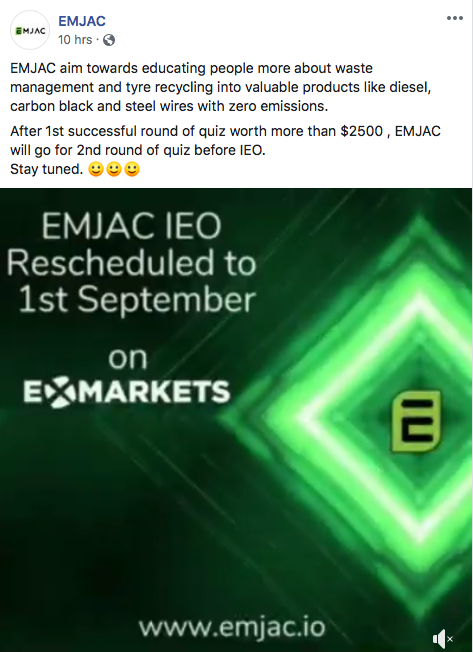 Yeah, Malaysians’ Facebook page is hilarious. Someone, please explain to them that not every follower shares a post they likes. And boosting likes like this is lame. 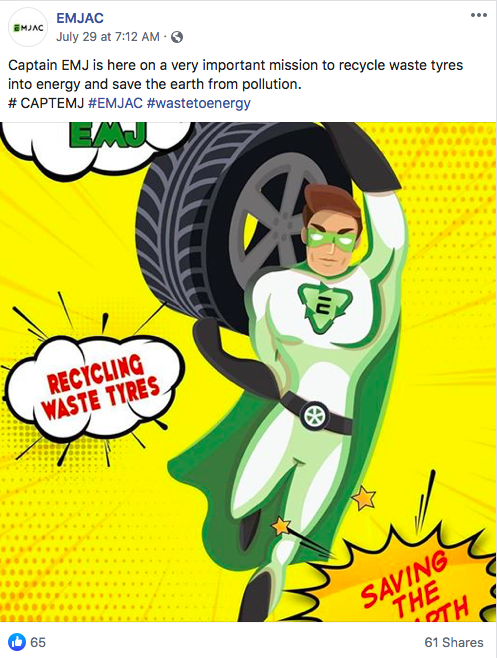 Almost as lame as to post three same publications in one day!

Let me hit you with personas! In the founder’s LinkedIn said that he worked for 10 years as CFO at the same partner company Evergreen. But the company itself is some kinda Flying Dutchman for employees. Here and there you can see deleted LinkedIn profiles. Like cofounder’s one.

Facebook, when you look for these two chief startup-recyclers, displays only female profiles. 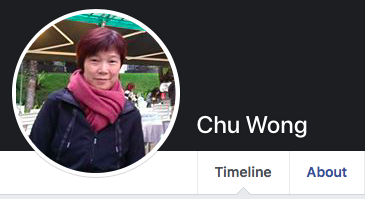 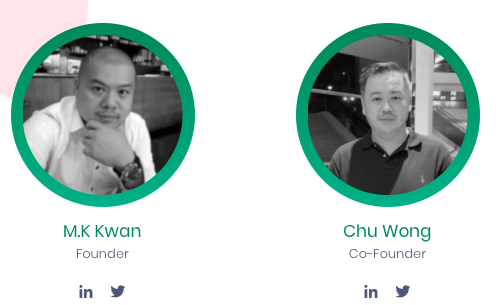 In other words, suck a dick no recycling for you. Stupid scammers. Dear investors, be careful even with such a “green” and environment-friendly elite from Malaysia.

You have high chances to get a fucking creep like that instead of an excellent waste management business. 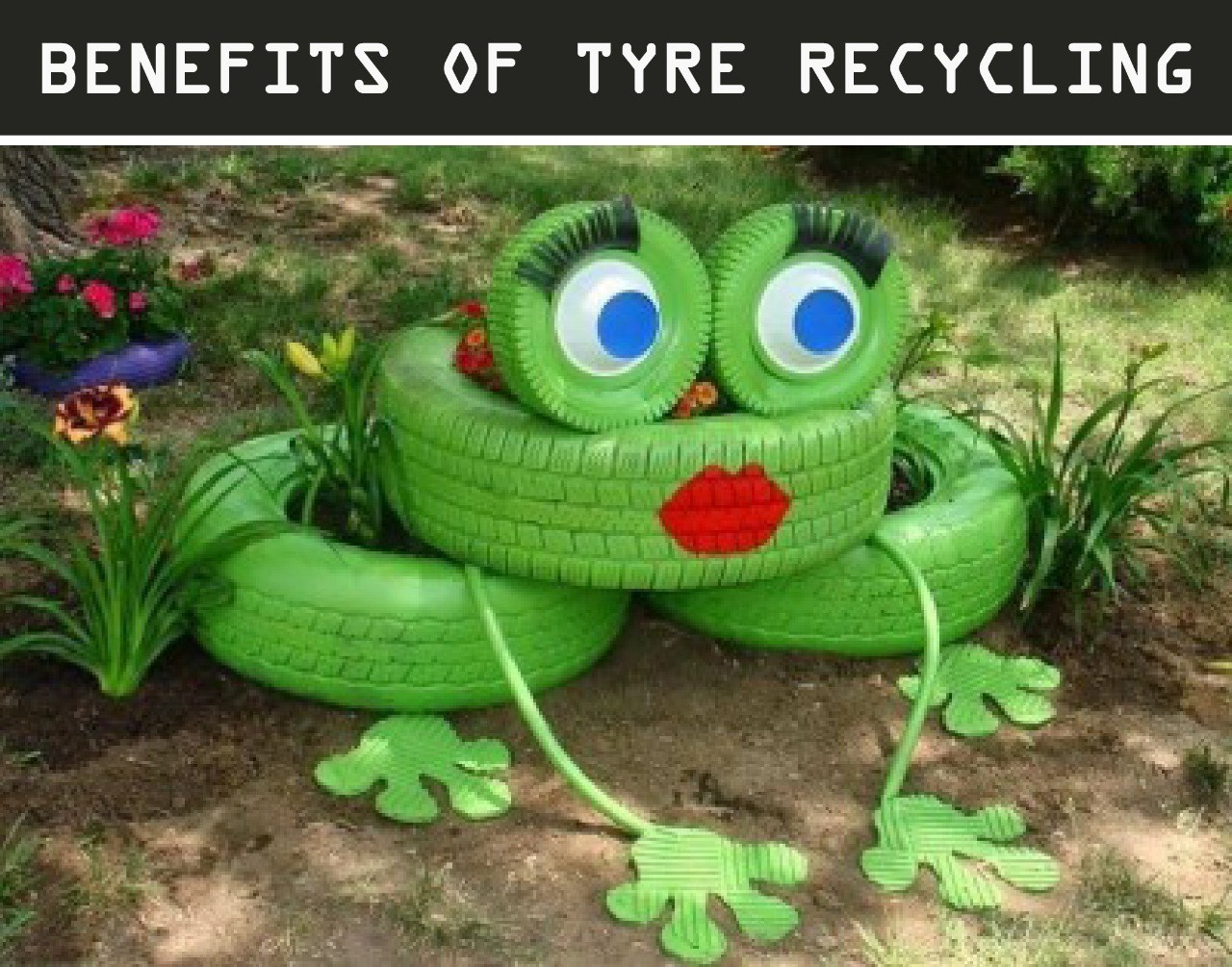