Lawyers who were supposed to regulate the relationship of startups with investors turned a blind eye to exit scams.

It seemed like this Blockchain bazaar has nothing to surprise you. But no way. There used to be fake teams, scam advisors, Ryan Goslings, and a lot of other bullshit. It turns out that this is only a drop in the bucket. There is one woman, Katrina Arden (Ekaterina Kovaleva). So, she founded a virtual escrow agency kind of to protect investors from startupers and vice versa, and arbitrate everything smart and sharp. But in fact, this company has become an oasis for the growth of scam projects.

The founders of the fraud service workle.ru (they promised people a lot of money for the freelance work but, in fact, just used them as free labor) raised a large amount of money and promised to create the most suitable conditions for introducing crypto into ordinary life. A year and a half has passed, and the team made only a wallet and bank cards you can transfer bitcoins to. Of course, this is far from an exit scam. But not a top project for 50 mils either way. And there are guess that the same guys (Vladimir Gorbunov, Austin Kimm, Gleb Markov) made another muddy startup Cryptoindex (they collected more than 11 mils during the ICO). Since the rest of the team is clearly fake. In addition, Markov has deleted his linkedin profile, and Crypterium’s CEO Steven Parker, who, due to his experience at Visa, is considered the cover person of the project, didn’t include the project on his track record.

The guys promised to create a fucking amazing product for freelancers, they hire Ian Scarffle, the top scam adviser for solidity, and raised some long money. Investors, I am sorry, but you are idiots. How could you believe in a company that takes on the CEO position a person whose only plus is seven years of experience in, God forgive me, freelancing. 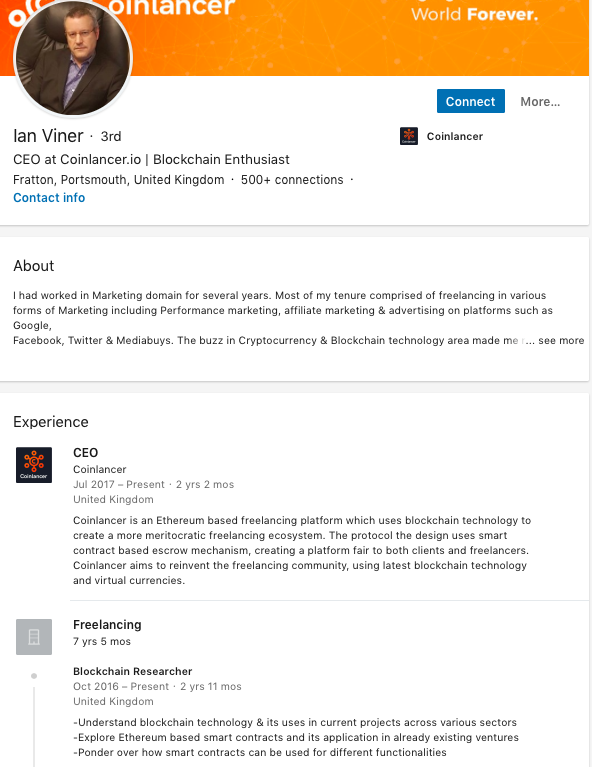 Briefly about the status of startup’s pages on social media. Here is their Facebook: 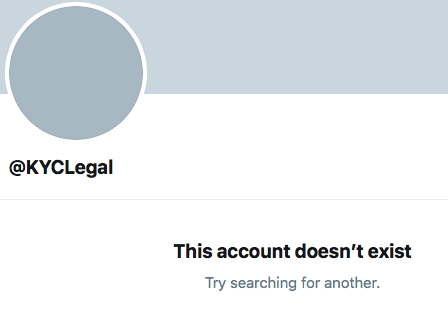 And this kind of mess happened to their Reddit. 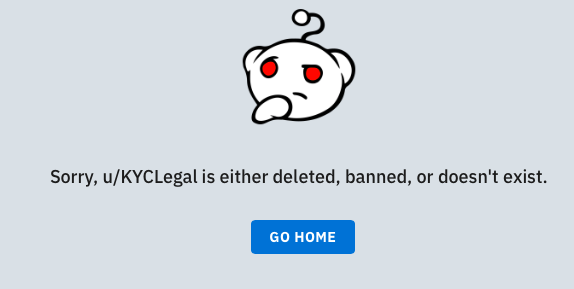 As with Coinlancer, this is an exit scam. And this is even more hilarious because the guys promised that thanks to their technology, the Internet fraud will be defeated. Okaaay. Advisor David Drake is a specialist in this kind of startups where there is only one rule: take what you can and run away. Some of the team members, like the hustler Nick Evdokimov, appeared in other projects. Of course, all of them are now flying the red flag.

The startup was supposed to make a breakthrough in biotechnology, pharmaceuticals, and medicine. It even was supervised by Anti Danilevski, the boss of the popular KICKICO scam in Russia. But it didn’t work out. Businessmen gathered an unfortunate 20 thousand and were very upset about it. Of course, all the work stopped. 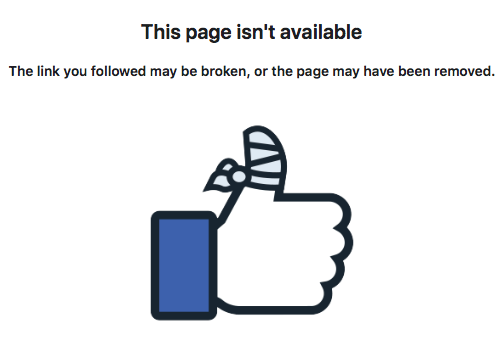 HOQU for poor people. Also has four founders, two of them are brothers. 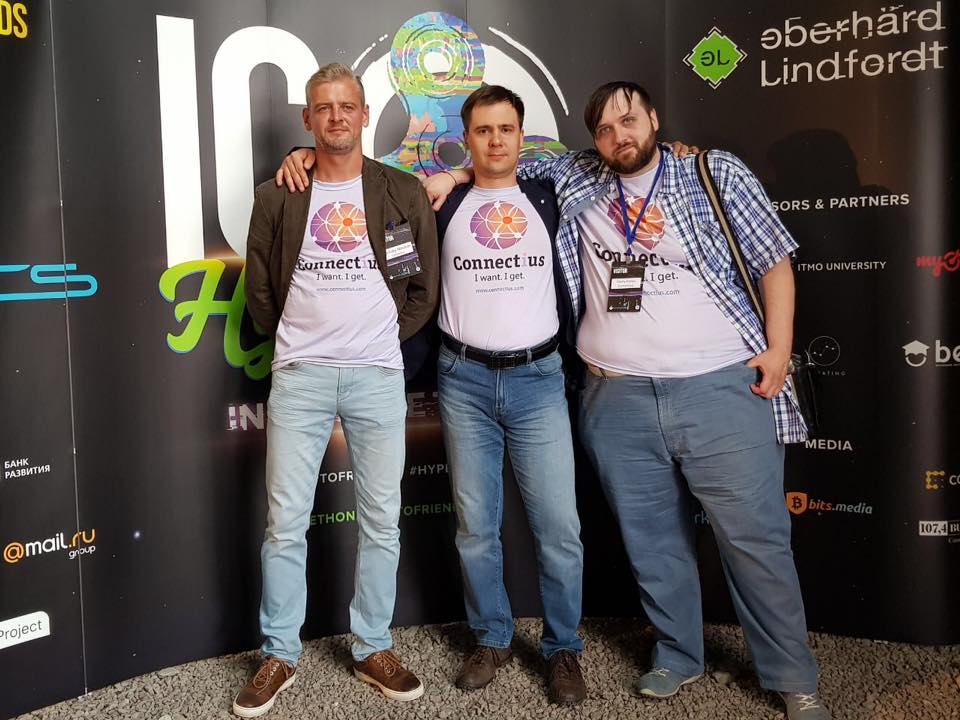 Plus, we already know this Blockchain hustler Evdokimov and PR manager of Genexi, Vladimir Stark. Yes, and David Drake as an adviser. 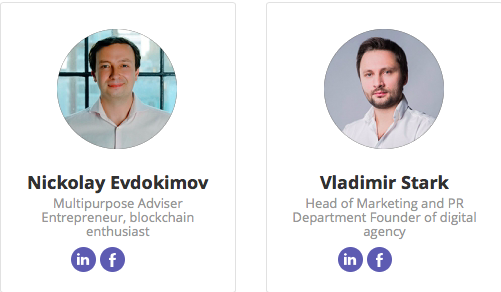 They suggested finding a solution for e-commerce entities. Kind of “enough selling mobile phones and sneakers for fiat – it is risky. We will do everything on Blockchain, and it’s gonna be fire.” But the last time when the startup Telegram chat administrators were online is March 2018. The browser marks the official website as potentially dangerous. Wasted.

The project stands out of the overall list. At least some work is being done here, and social media accounts are regularly being updated. 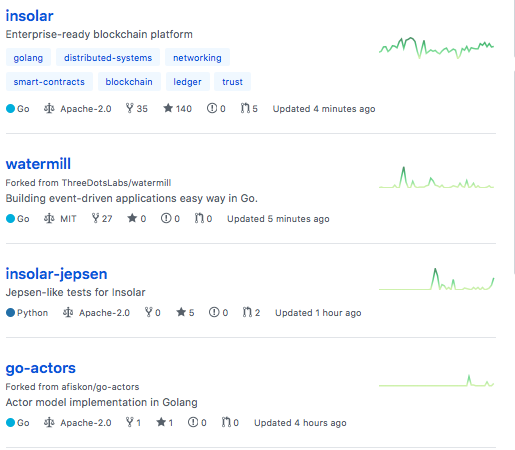 If the team had kept up with the roadmap, it would be priceless. But for now, the token stably lies at the rock bottom, and so far only hell knows what to expect. But again, compared to other startups in the selection, this is his a motherfucking TON..

The project of this good guy, to put it mildly, didn’t work out. So there was no follow-up after the sale.

In the documents of all these projects, the Blockchain Law Group displayed as an escrow. But in fact, we can see that only two startups from the list are still functioning now. Moreover, without visible success. The rest simply stole a lot of money and are now chilling somewhere on the islands. Katrina Arden and the semi-lawyers like her must be in jail. And what do you think about it? Is she guilty, or just out of luck with customers?