Based on Satoshi’s Notes: How North Korea Got onto Blockchain

A semi-fictional retelling of a story about stolen Bitcoins, mining and Kim Jong-un’s hopes and dreams.

It was the 107th year of the Juche calendar. Kim Jong-un was sat behind his desk in a Nike Jordan tracksuit, swapping photos on an iPad. Giant obelisks of his father and grandfather looked at him with approval through the window.

“Emms is already on his way in an armoured train. We’ll call McAfee, he definitely won’t say no. We’ll line him up a shitload of the coke that we found in a Japanese fishing trawler the other day. Charlie Lee might not be keen… All right, let’s help him to buy back litecoins. McCaleb is really busy with his own shitty cryptocurrencies at the moment. Ver? Oh, Ver will go anywhere, as long as he can push his lecture about cash. And Vitalik has wanted to go on a tour of North Korea for ages – here’s a good opportunity. Although he was planning to go to Google… We’ll strip him naked and take all his devices. If we find any trace of the State Department, I’ll personally feed him to the dogs. The hounds have been starving for over a week”.

The dictator’s brain activity was at its maximum. His clear mind and insight had been switched on for several days thanks to the magic pills that North Korea’s best special agent had brought back from the USA. As a result, the state will now fulfill its dear leader’s most cherished dream – to hold a blockchain conference.

North Koreans mainly get their knowledge about the capitalist world from kidnapped Japanese citizens. Before being sent to a labour camp to die of cold, hunger or hepatitis, they have to talk about the news, technology and the results of baseball games. One of these poor souls was a crypto enthusiast who told the lieutenants, generals and then Kim himself about the wonderful technology of blockchain and cryptocurrencies that can function perfectly without banks and government oversight.

The leader embraced the concept so much that he lodged Satoshi (that was his name, it seems) in his palace and spent at least 3 hours conversing with him every day. He also sent him the best engineers and the prostitutes that catered for Party functionaries. Satoshi ate sought-after peaches, looked at live dogs in the zoo and went to concerts given by Korean stars, even though the tickets had sold out a year in advance. In honour of the guest, a restaurant was even opened in Pyongyang where it was possible to pay in Bitcoin. 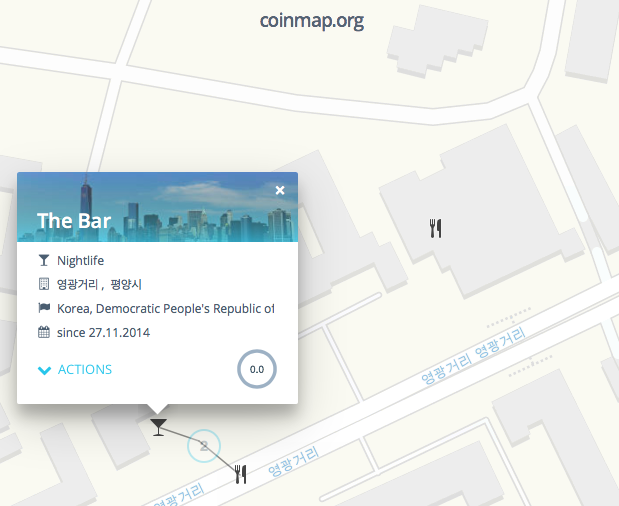 Everything would have been fine, but he started to miss his native Okinawa. The escape plan was discovered before he could go through with it and the poor thing was shot dead with an anti-aircraft gun. Kim grieved for two days and then calmed down. Especially seeing as the engineers had already managed to get all the valuable information out of their guest.

First they hit cryptocurrency exchanges and personal wallets. Their methods were as old as time itself: selected people received emails warning them about viruses, which themselves contained viruses to steal the keys to their wallets. The largest South Korean exchange, Bithumb, lost 6.9m dollars of BTC, while the users of another exchange were robbed of $5m of cryptocurrency.

The riches that had unexpectedly fallen into the dictator’s luxurious head of hair were not enough for him. He decided to open the doors of North Korea to crypto enthusiasts from around the world (except for South Korea, Japan and Israel) in order to exchange experience with them. That’s why Pyongyang will host the first blockchain conference in the history of Juche in October. 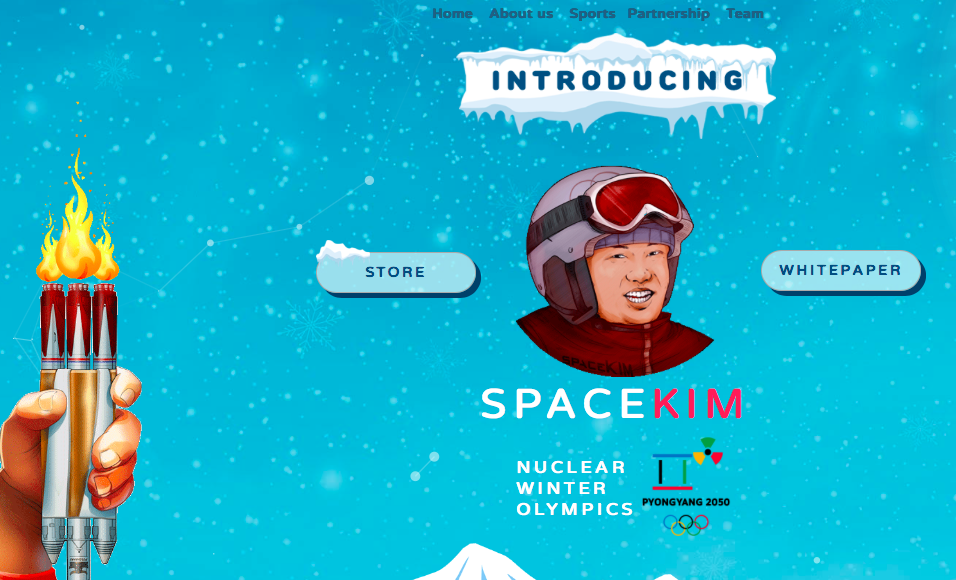 While some may mess around, Kim wants to put on a truly major event. That’s why he doesn’t sleep for days on end, choosing the most suitable speakers. It’s far from certain that they’ll be able to return to their families afterwards, but to make up for that, they’ll certainly get to play basketball with the Rebound King himself, Dennis Rodman.

The concept behind Juche ideology is that people must change living conditions for the better themselves and do this through revolution. This revolution should consist of labour for the good of the state. The masses are unable to change anything without a leader. It’s a chain: person – society – leader – state.

Therefore, blockchain and crypto, which are intended to free a person from the oppression of the state system, are not a good fit for Juche. But Kim Jong-un doesn’t give a fuck. He sees the technology as an opportunity to overcome international sanctions. In totalitarian States like North Korea, Russia, Venezuela, Iran and Turkey, crypto is a threat. Until it is nationalised. Just like El Petro. Therefore, the further development of blockchain in these countries will follow a similar pattern.

It is quite possible that Kim will announce a national cryptocurrency at the upcoming conference. No good came of Maduro, the currency backed by oil. As of yet, it is unclear what North Korea will back its currency with – dog zoos, labour camps, Lazarus hackers or uranium. But, when push come to shove, it’s likely to be the same sort of hack job. In Venezuela, it was recently announced that commodity prices and wages would be linked to El Petro, i.e. to a cryptocurrency that no one has seen the smart contract for and that isn’t traded on exchanges. As for the “currency” being backed by oil, Reuters journalists found the very Ayacucho oil fields that Maduro spoke about. Absolutely nothing is happening there. Here’s the proof that they have deposits of the “black gold”. 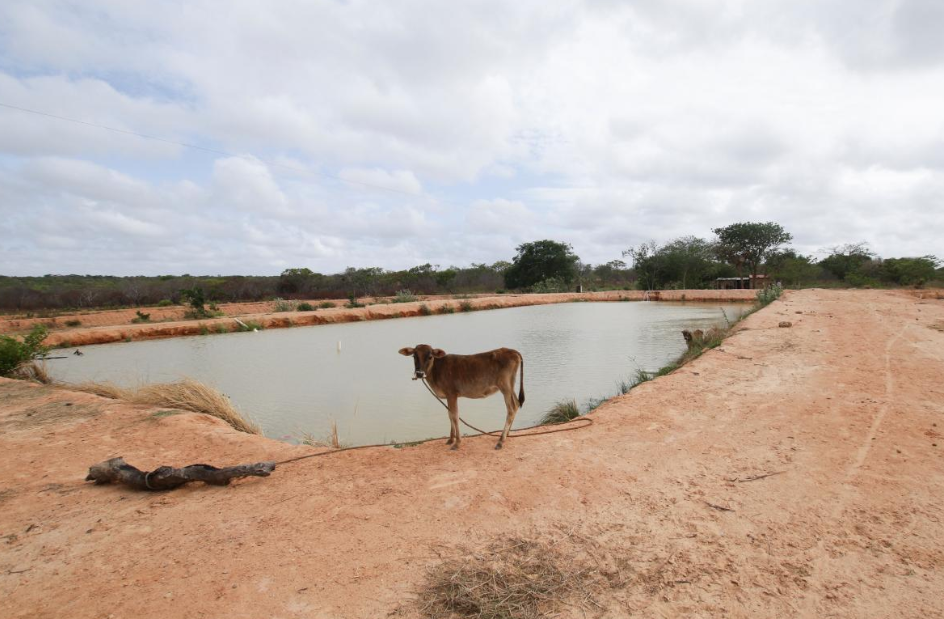 At the same time, the population is actively using Bitcoin and, in particular, Dash, because the fiat currency there is completely fucked up. Even Pablo Escobar wouldn’t bother burying it 😀

A video about the current state of the Venezuelan currency

The pills wore off. The dictator felt a pleasant tiredness and fell into a dream. In it, the Juche republic had finally become a world leader and Kim himself – alongside his loyal associates Ver and McAfee – conquered the Moon and Mars. His resurrected father and grandfather smiled and praised his timely discovery of blockchain technology. How great it is to live in a world where there’s a decentralised Korea.

This text is a product of the author’s imagination. Don’t rely on it in serious discussions. It’d be better for you to write your own opinion about North Korea, Venezuela and their cryptocurrency future in the comments and our Telegram chat. Together, we’ll definitely be able to dig up the truth. All the best!