What Are These Projects Anyway?

Verge is a cryptocurrency created by a group of enthusiasts headed by developer Justin Vendetta. He has said himself that his real name is Sunerokus Scammington and he’s a big deal in Nigeria, but for some reason can’t withdraw his savings from that country. According to its team, Verge improves on the original Bitcoin blockchain, providing quick and confidential transactions. The currency was created in 2014 under the guise of DogeCoinDark and was renamed two years later. Yes, yes, it’s a fork of DogeCoin.

John McAfee’s tweet increased the coin’s value by 30,000%. Last Christmas it reached its highest peak to date – 23 cents. But then the price correction hit and it plunged into the depths of the ocean. At the beginning of April, bitcointalk published a article in which the administrator of the Suprnova mining pool stated that hackers had found a loophole in the Verge code to mine 15.6 million fake XVG. The project managers officially denied this.

Savedroid is a rather promising (over 200,000 downloads) mobile application that makes it easy to save money. Say that you promise yourself to put away 100 bucks for every 10 miles you run – the app can do that for you. On the back of the recent cryptocurrency hype, the Germans decided to whip up a new project with their own exchange, wallet, loans, deposits and other goodies. Their portfolio and links to the mighty Deutsche Börse helped the team to raise around 50 million dollars.

Then on one fine morning, this meme appeared under Savedroid’s web address. 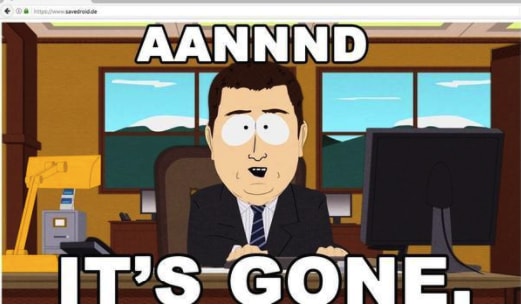 While the community started to discuss the villains, their CEO added fuel to the fire. 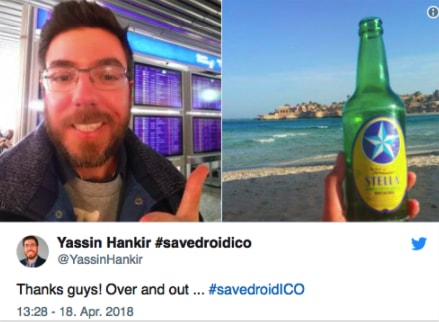 But the next day it turned out that this was just a prank, bro.

Why Would They Want This Sort of PR? 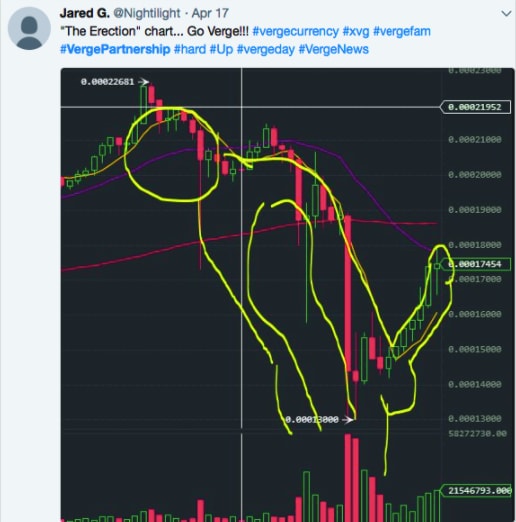 The success of Savedroid, like any application, depends on its number of users. The more, the better. The boys have allocated 50% of their funds to marketing, but they got some free viral advertising thanks to the exit scam stunt.

Partnership with Verge has turned into a real meme. At first, users joked that it would be Apple, Tesla or other trendy corporations. 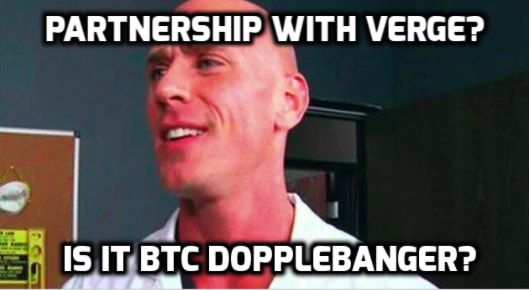 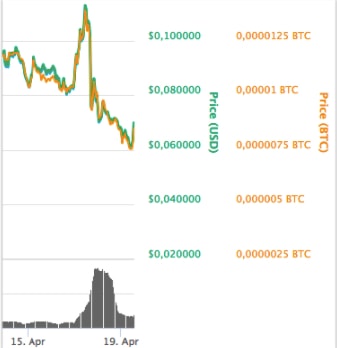 If SVD were on an exchange, its value would have collapsed much more rapidly, but as it is, those involved in the project are left to observe the powerful wave of hate and think about how to placate it. 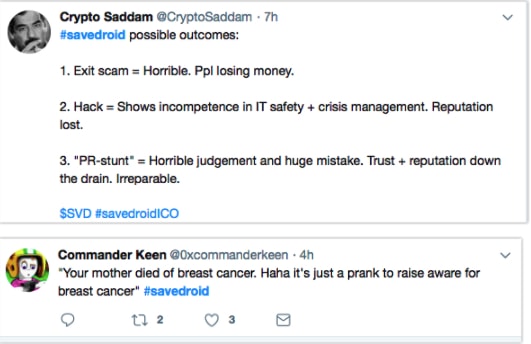 Elon Musk may have been able to make a harmless joke about Tesla going bankrupt, but here it seems to be a different story. Like the tale of the shepherd who cried wolf to scare his fellow villagers for the lulz. That certainly ended badly for him.

It is clear that the two cases are very different. Verge was always a shady project and nothing has changed, but Savedroid, on the contrary, should really bring its product to fruition. Nevertheless, the moral of the story is roughly the same: at the moment, the world of blockchain is a minefield and anyone involved in it is at risk. So it’s important not to play with people’s feelings and value your reputation.