The Little Engine That Could: A Fascinating Journey Of A Scam Exchange, That Wishes To Become A Scam God

Only a year has passed since the austrian scammers has collected $5 million for a shamelessly fraudulent project ‒ as we’ve expected, no activity is visible since that point. Now they are planning to collect $50 million for another scamming project. You too have no clue how this sale is going to end up?

German people are known for their strictness and wiseness in all areas of their lives. If food then sausages, if beer then fresh & cold, if cars then only the safest. But in the case of crypto world, this general rule made a fatal error.

In 2014 three young men Eric Demuth, Paul Klanschek and Christian Trummer created an exchange in Vienna with a strange (as for crypto-themed financial entity) name Bitpanda. Maybe they tried to warn the unsavvy users before those get the nerve to use the service by themselves. The exchange really has some similarities with pandas ‒ for example, it is as much clumsy and socially awkward as their totem animals.

Back on the track, the exchange is trading gold, silver, as well as all the largest cryptocurrencies on the market. It is absent on the CoinMarketCap chart, and when googling the name you only find a couple of absolutely honest and unsponsored reviews with some highly trustable titles like those on the screenshot.

Somehow, this thread on the BiCoinTalk still managed to reach the top results in Google search. There a fully verified user complains that the exchange managed to steal his 3 000 euros, have offended and banned him within few days. The intrigues of haters, probably.

Not long ago, another person claimed that, thanks to BitPanda, he lost 500 euros. 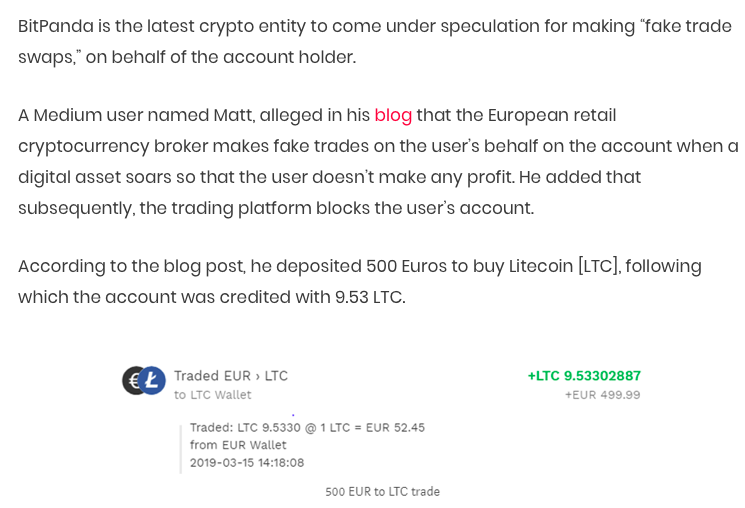 And here is a very curious article proving that the creators of the project temporary block their users when the currency the clients have bought grows in price. The formal reason is “security violations”, and your profile gets unblocked when the price turns back to its regular index.

But that’s OK. We’re all adults and understand that shit happens with the best of us. There’s nothing surprising in some minor three-thousand-grams mistakes, and there would always be some unpleasant and ungrateful users who wouldn’t enjoy a tender care of the website’s administration considering the security of their customers.

That’s why we are not trying to accuse the exchange in scamming while fulfilling their main activity. Nonetheless, there are some questionable things happening with their newer, even more suspicious startup, which I wanted to review in this article.

The trio is going on IEO on the 9th of July. Their goal is to reach $50 million that will be spent on the “ecosystem” of the buy/sell cryptocurrencies & precious metals services. You feel that smooth wind of familiar scam scent when hearing the word “ecosystem”? I, indeed, do.

BitPanda guys want to create a brand new exchange, as well as an investment platform, IEO-conducting launchpad, and many other “cool tricks.” Wow, sooo promising.

There is a ton of work to do ‒ last of all, the project has two CEOs instead of a normal one for a reason! 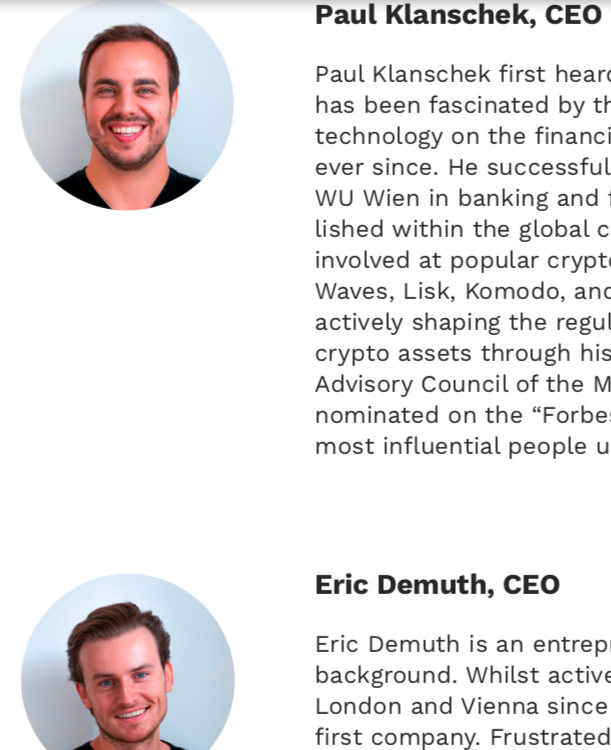 Being the investor of this project promises you tons of unique offers and unlimited possibilities like the discounts for the services of the company ‒ and that’s all. So immediately close this tab and go buy these shitcoins (ERC-20 based, of course) before they’ve went up in price.

Funniest thing in this whole story is their desire to reach $50 million in the IEO. Specifying, these guys want to collect a shitload of money for a “DC-based Captain Marvel movie, where she wears a Toronto “Bucks” jersey with a second number and has a Drake tattoo”. Sounds like nonsense? Just like the startup’s idea to the experts.

You’d ask us: “If the startup is so stupid, and everyone understands that, then why should I care for them to collect the required funds? They obviously wouldn’t manage that.” And here comes some bad news ‒ they’ve already did that recently with the Pantos ICO, and everything indicates that soon they’ll celebrate their yet another winning.

Apparently, that brand new cross-chain token with an unprecedented exchange simplicity was so persuading that the normally mindful austrians and germans though ‒ “What the heck? YOLO!” ‒ and gave away their hard-earned money. 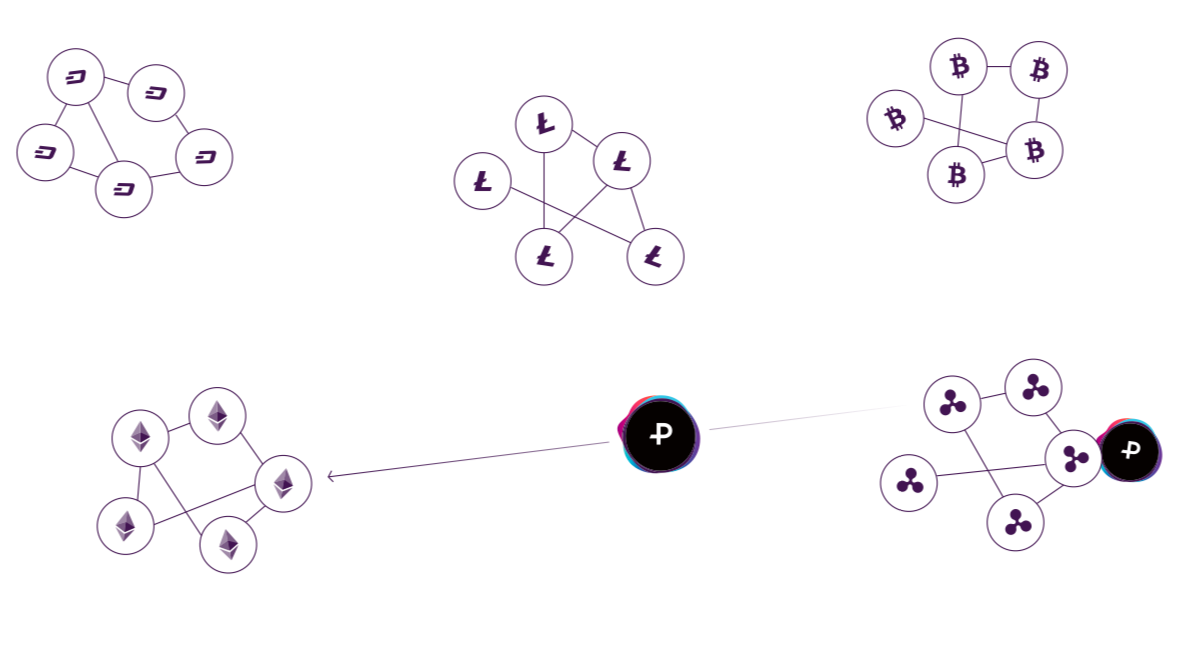 A year later, the poor soul PAN (short from Pantos tokens) is still available on the exchange of its creators ‒ not in the actual top, of course.

What was done for the past year since $5 million were raised, in a word? Diddly-squat.

That is how these assholes explained the unpredictable holdback in the project’s release (in the whitepaper of their new offspring, which is significant):

Their Telegram chat didn’t duly appreciate such a U-turn. Don’t forget you’re talking with the gurus of crypto world, fools! 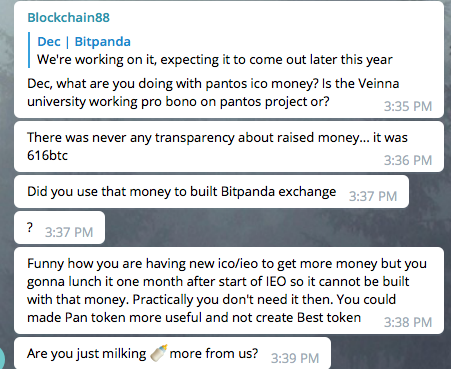 Summing up all the available information, I can draw these three general recommendations for people who want to earn tons of money per second, but don’t actually know how:

-Create a small noname exchange and leave a not-so-clear startup history behind your back.

-Find a new cash cow ‒ cross-chain token, raise $5 million on its implementation, and drop off the radars for a year.

-Come back ‒ full of energy and new ideas, but without any trace of the previous startup being worked upon ‒ and offer the publicity your new revolutionary, unique, unprecedented, moneymaking, reliable startup. Plot twist: the new startup is actually your older creation, but with a new name and logo; to renew it tell people you need $50 million.

Voila! Your future is appointed and unclouded because the amount of money you’ve stolen would be enough to support both you and your children for the end of your lives.

You still wonder why Arnold Schwarzenegger has left his beloved Austria, and germans started to lose so shamefully at soccer? That’s how karma works, guys.

We wish you only the clearest karma and luck in choosing the reliable startups explicitly. Write us if you have some fraudulent projects on note, so that we’ll write their explicit disclosure ‒ but pick up those that haven’t conducted their sales yet. We need to have at least a chance to stop these fucks.