No Country for Shit Advisers, Part 2

Today we’ll tell you about the founder of IСО World, a fan of Churchill, the cofounder of the Blockchain Association of Ireland and their foul-smelling projects.

In the first part of our investigation on advisers who have lent their faces to scam projects, we hurt some of their feelings. But dudes, please try to see it from our point of view. We don’t write this stuff because we don’t like you, but because you support cheats who are spoiling the reputation of blockchain and cryptocurrency. And while you do that, don’t expect any mercy. We won’t forget about anyone ^^ 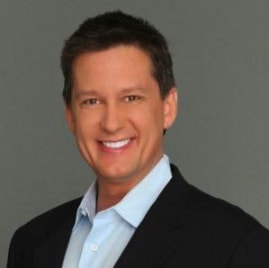 Former SMM manager and now editor-in-chief and founder of Blueprint Digital Media (an advertising agency) and IСО World (a web resource geared towards IСОs). Similarweb can’t find any analytics on these sites and their design is average at best. Richard apparently doesn’t have time for them, as he’s now a popular adviser. At the moment, he’s on the board of two IСОs.

Cubaaz is Big Data, AI and blockchain all in one for improving the quality of tourism services. On the platform, you can plan a trip in full (transport, accommodation, food, attractions) and pay for everything in the same place. Convenient and attractive, but the dream of this Colombian startup is unlikely to come true. Founder Mickael Mossé, judging by forum posts, hasn’t paid his team any money.

The Cubaaz IСО raised more than 20 million dollars. Judging by the whitepaper, there are 150 people in the team. Which is more than a fuckload for a startup. Richard Krawczyk is only presented as an adviser on the project’s homepage and LinkedIn (he’s not in the whitepaper), because he’s only been involved in the project since March. As for Mickael Mossé, if he’s really a crook, he’ll have to flee from the SEC to Cuba, where he has business links, or hide in the forests of Colombia like Pablo Escobar.

Swachcoin is the startup of a non-profit organisation with an outstanding idea. People sort their rubbish and send it to a waste processing plant in return for tokens that can be used to buy products made from the same rubbish. Yet again, all this is possible thanks to AI, Big Data and blockchain. 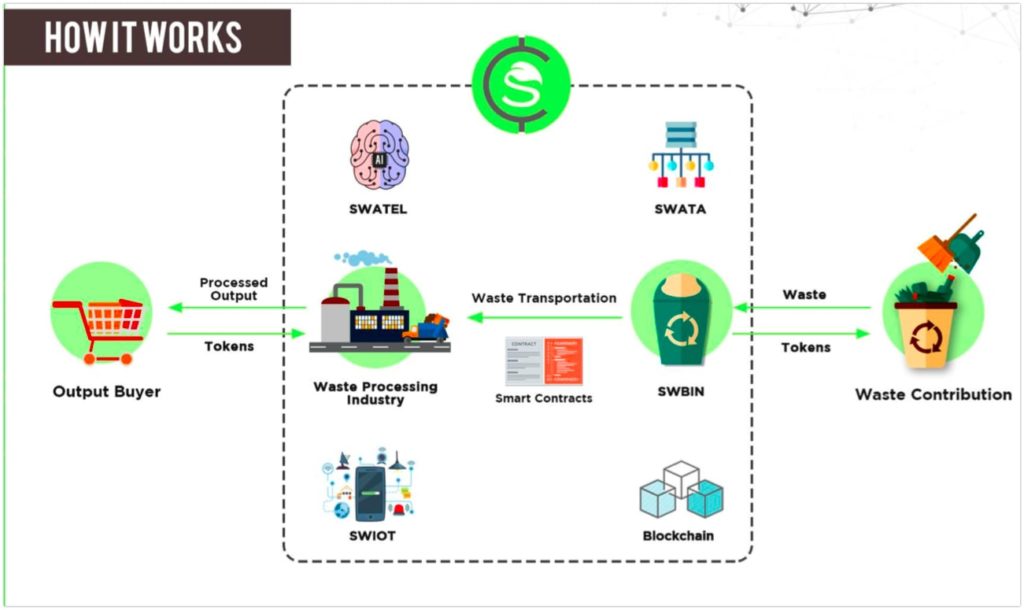 It’s troubling that the team behind this is made up of nobodies from India lead by someone with the same name as their local Ryan Gosling. But at least he’s verified on the IСО listing website, unlike his teammates. 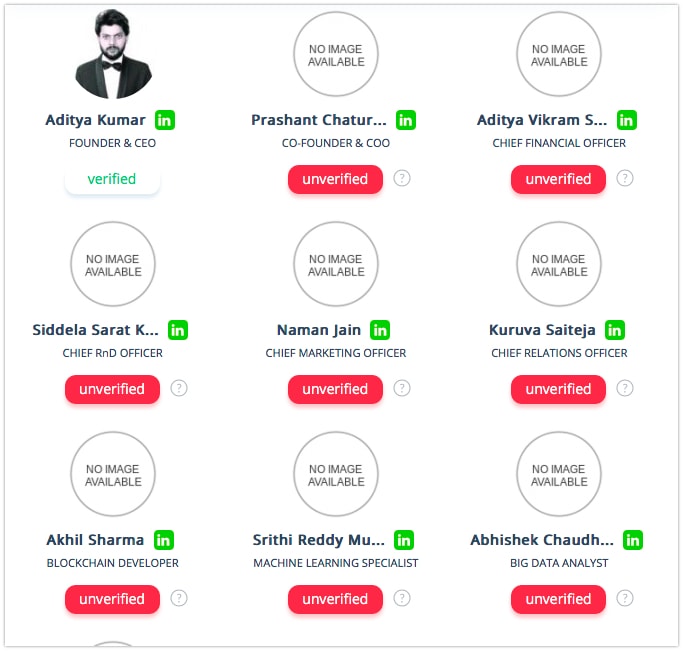 The fact that the team is planning to give some of the tokens to charity is a turn-off too. In these troubled times, this just looks like another trick. Indeed, their plans are to raise no less than 18 million dollars.

As you can see, young Richard needs to stop and ask himself, “Don’t I really want to help truly decent blockchain projects instead of these fucking rip-off merchants?” 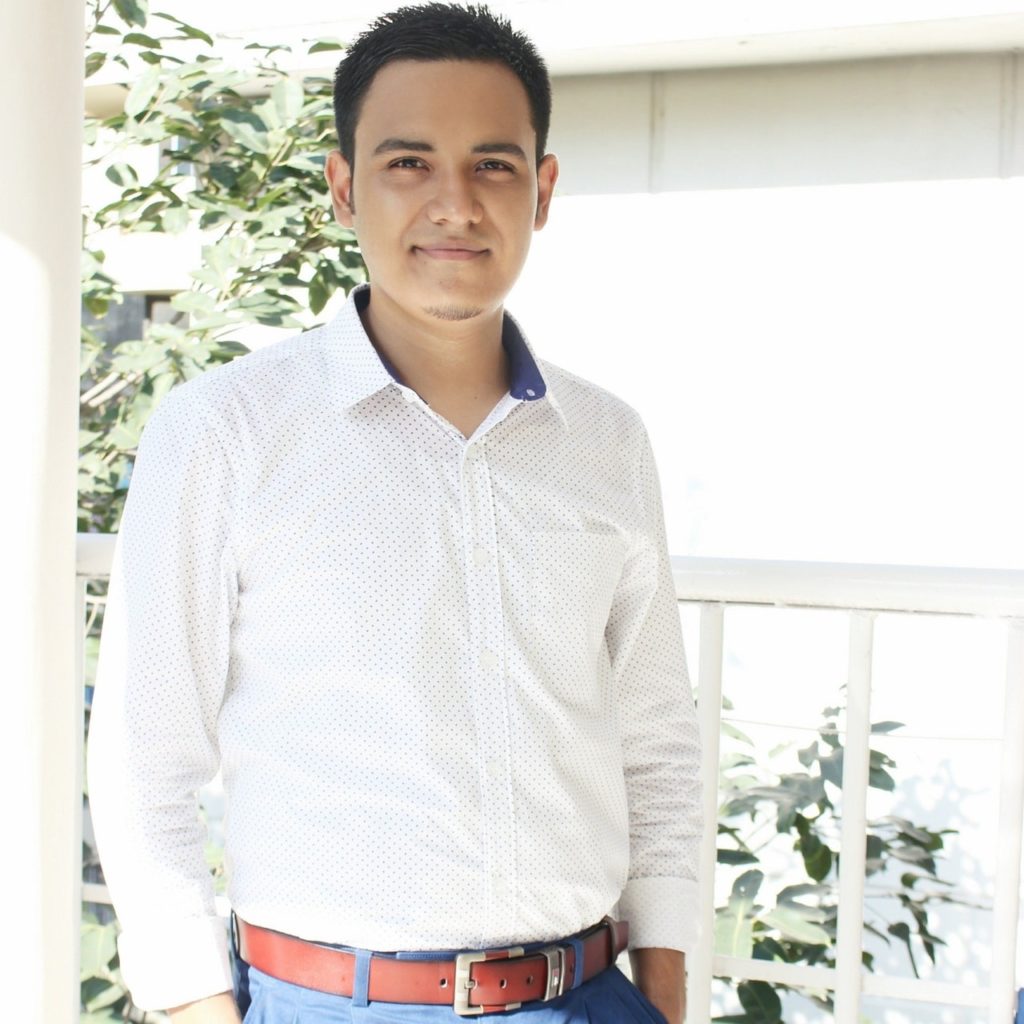 This guy in a shiny suit calls himself a “Top Iсо Advisor”, as well as a PR and marketing expert. He’s also nostalgic about his time at school and spouts quotes from tigers and Churchills on Facebook. His profile on IСОbench lists 13 projects. Let’s go through the most interesting ones to avoid completely clogging up our article with useless information.

HashCard is a startup that proposes the complete integration of cryptocurrency into the fiat world. Users will make HashCard wallets to store their BTC, ETH and altcoins, and then the system will convert them into fiat currency as desired. Oh and there will be Visa and MasterCard cards so you can pay wherever your heart desires – even in a bar! Even at a petrol station!

Recently there was a thread on bitcointalk whose author claims that the project is a scam because of the fake employment of their CEO at ABLV Bank. But we’d like to turn your attention to the biz dev Vasily Gulyar. The guy looks like Putin and there’s jack shit about him online, not counting HashCard PR articles. How is that possible these days?

Oh and the distribution of funds is, of course, “distinctive”. It is planned to spend 60% of the $9m hard cap on achieving high speed currency exchange. What the hell is that? Isn’t 15% of the issued tokens for 3 team members a little too much as well? 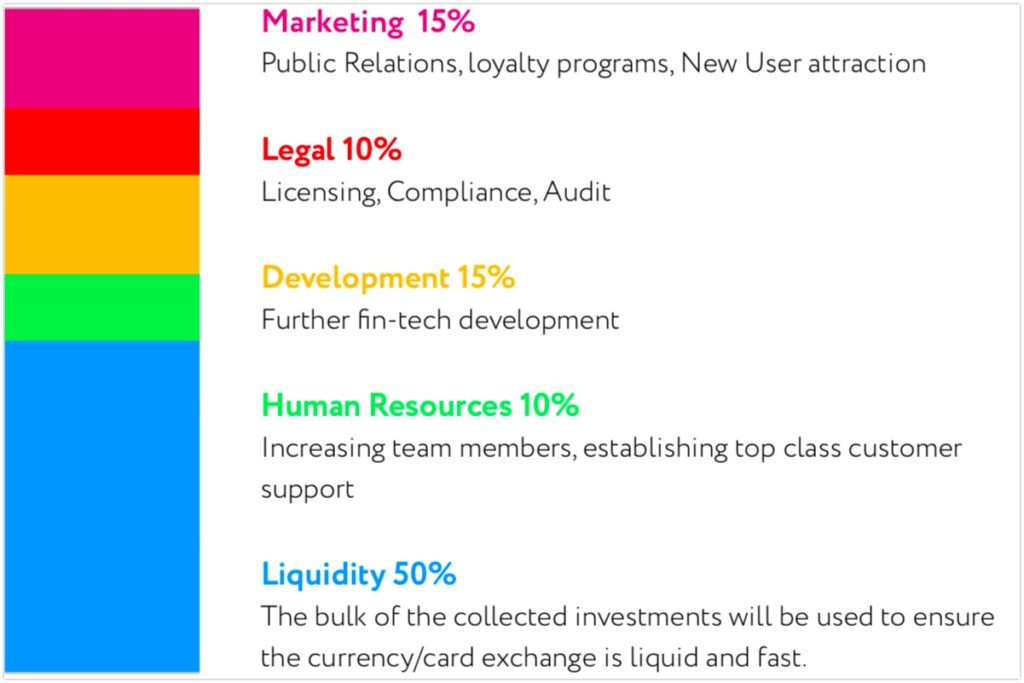 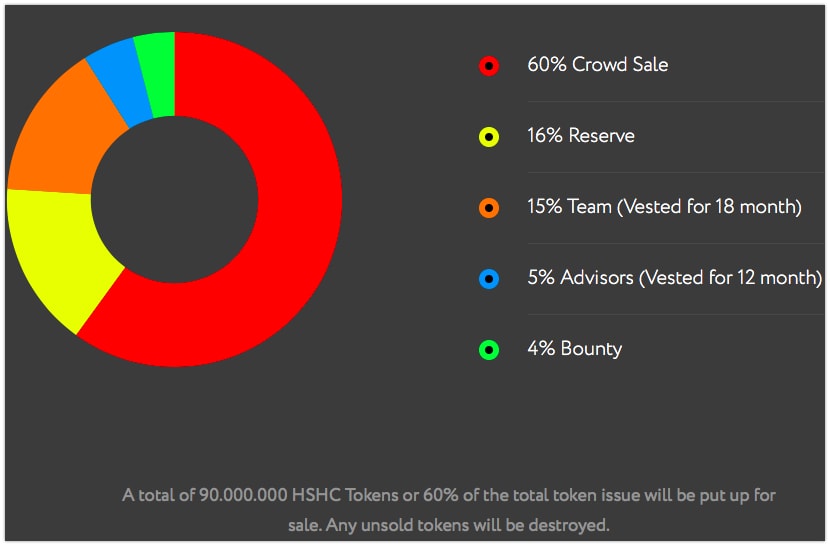 GifCoin is an investment fund in the betting company Vitalbet. Investors pay their money, hodl their tokens and once a year get up to 80% annual return from the project team. Do you have a habit of believing bald bandits from Bulgaria? We don’t. Poloniex doesn’t either 😀 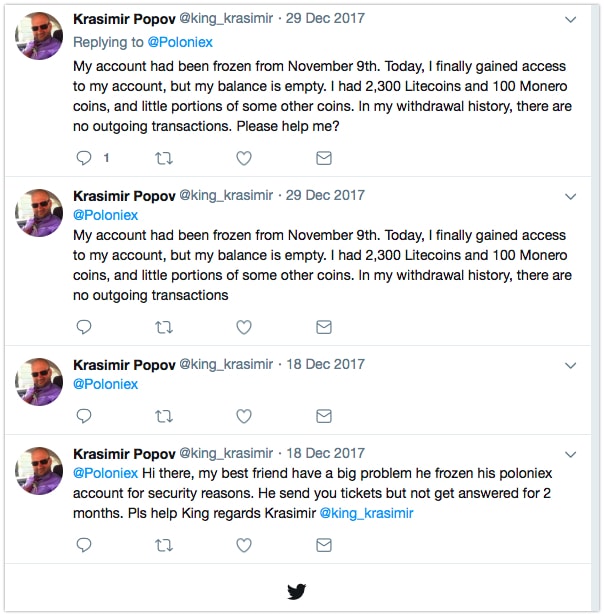 But seriously, it would be strange to invest in bookmakers who have repeatedly cheated their clients. What’s it got to do with blockchain anyway?

Whyral is a platform for direct cooperation between brands and influencers. The third party (advertising agencies) is cut out by high-end analysis and smart contracts. What the fuck for? Such projects have been surviving, working, growing and earning money for a few years now in the fiat currency world. Now these boys just want to turn up, raise 11 million bucks at an ICO and spend almost half of them on marketing. This is clearly not the business proposal of the century. 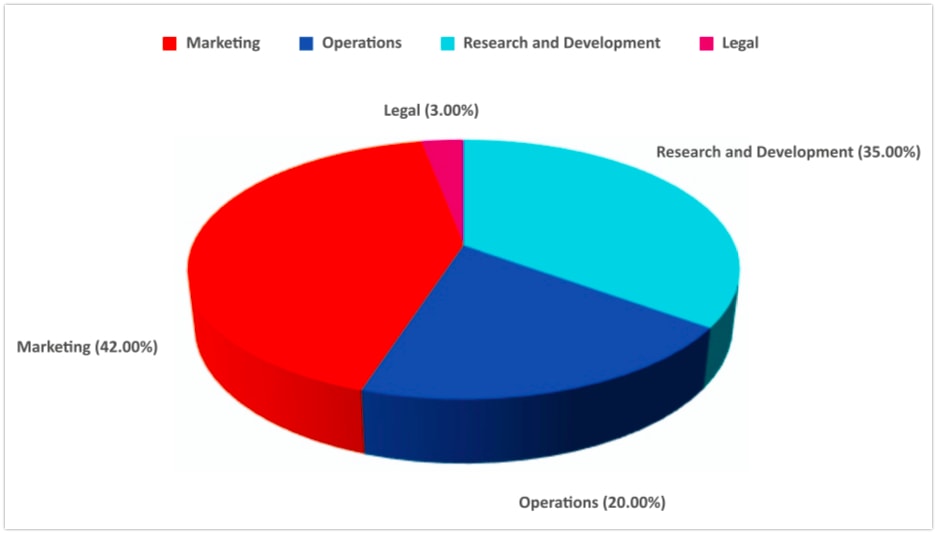 The team promised to make a beta version of the platform back at the end of last year. 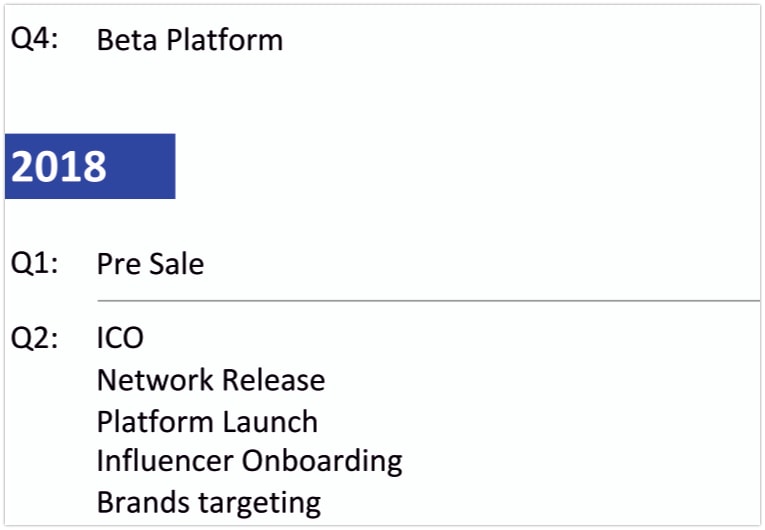 It’s not on GitHub. They’re apparently going to wait to get their money before doing anything. That’s the best-case scenario. They’ve certainly been stingy with the project website. 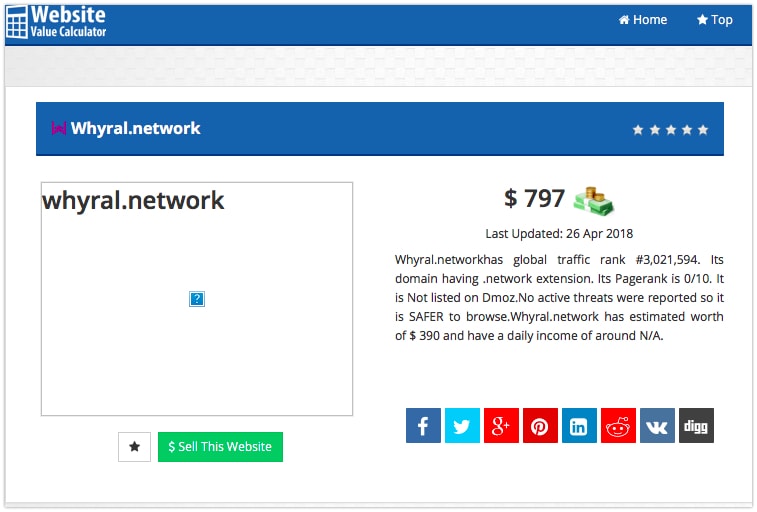 There are 16 people without any visible achievements in the team. But to make up for that, they’ve enlisted 11 advisers who are popular on ICObench. Including Shovon.

It can’t be said that all the ICOs linked to Hossain are scams. But it’s hard to call him a guarantee of quality. 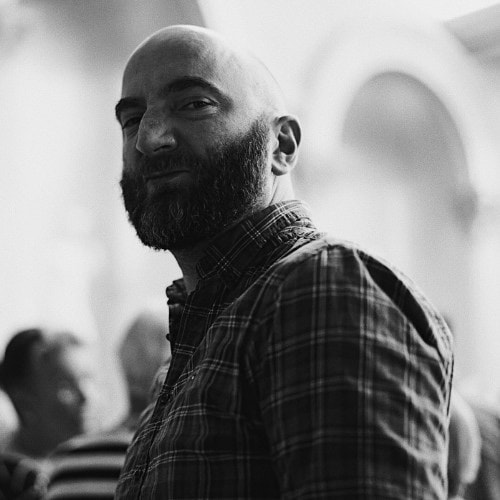 Cofounder of the Blockchain Association of Ireland. Involved in at least 21 ICOs. The scope, scale, location and quality of all of them are different. From Forex and scientific discoveries to slumdog millionaires and a modern-day gold rush.

Lightcash Blockchain System – some literal gold diggers from the Amur Region (in Russia, somewhere near China and Japan) have read a bit too much Jack London and decided to buy some new gold deposits. They’re looking for funds through an ICO. Along the way, they will release their token with the lowest volatility among international cryptocurrencies. Its selling point is that it will be forever backed by the company’s gold reserves, so it won’t be able to fall below a certain exchange rate. Just like a dollar before the Jamaican Accords.

Can you believe that? We don’t. Especially concerning is the fact that the two co-founders have four mentions on the internet between them and all of them are related to this ICO. That’s a load of bollocks for some gold prospectors out in the Russian sticks. It really looks like a fake.

CoinMetro – Forex Pig have got their trotters on blockchain and started doling out the usual promises: 500% bonuses to early investors, make money with us, we’ll make you a top trader, teach you how to hold successful ICOs and other crap. In fact it’s just another exchange with a 40 million hard cap and clear intentions to make a quick buck from cryptofans.

BITINDIA – no one is better positioned to talk about a project than its creators. 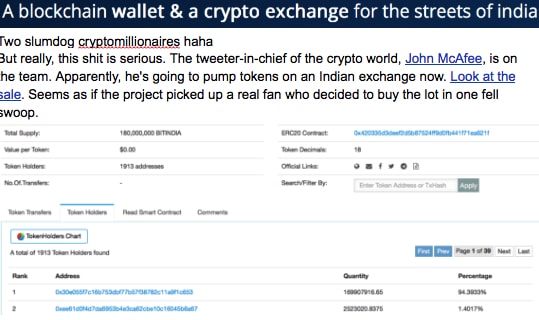 But really, this shit is serious. The tweeter-in-chief of the crypto world, John McAfee, is on the team. Apparently, he’s going to pump tokens on an Indian exchange now. Look at the sale. Seems as if the project picked up a real fan who decided to buy the lot in one fell swoop.

And finally, the most popular search query mentioning the project: bitindia scam 😀

As is the case with Shovon and Richard, Reuben isn’t really such a malicious fraudster or the Dark Lord of the cryptocurrency market. Just once in a while either time or money prevents him from seeing a project as a scam. Which is not cool for a guy who wants to be a real authority in the field.

If you want to expose another specific shit adviser, leave a comment or send us an email at [email protected].

If you know something that we don’t, feel free to leave a comment below.