No Country for Shit Advisers, Part 1

Our favourite Californian who helps us to quickly identify an ICO as a scam. A poor excuse for a journalist whose projects are only remarkable for their number of subscribers on Telegram. And a Finnish Russian with trashy crypto casinos and Horcruxes. Welcome to the first round-up of shit advisers in crypto media history.

Every religion has its false prophets. Alongside the people who want to drive humanity forward, there will always be those who play for the other side. In the case of ICOs, these people are first and foremost shitty advisers. They use their expert status, experience and contacts to sell themselves to the highest bidder as often as is humanly possible. They don’t give a shit who buys them – genuine startup vegans with good intentions or gypsy Nazis. 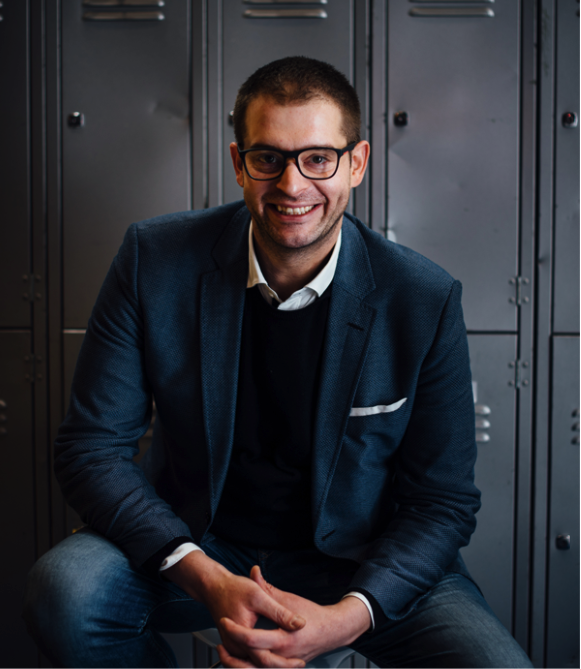 The Californian with experience of working in Russia gained popularity on the crypto scene thanks to his participation in Cryptopay. In Autumn 2017, the project’s ICO raised $18 million of investment. The boys have made a multi-currency (fiat and crypto) wallet. It would be a stretch to say that it’s the pick of the bunch and is universally adored, but it works and is available on the AppStore. And $3,000-30,000 of the Cryptopay (CPAY) token are traded on exchanges every day.

It would have been better if Eric continued to work on his own product, but instead he plunged head-first into the sketchiest schemes. Two of them – KickCity and eSports – are even worthy of separate articles on our site. VRT is a future platform where three trends meet: independence from monopolies, virtual reality and blockchain. It was created by Russians, which is already a red flag. An added bonus is a glowing review from Igor Karavaev on ICObench – the same adviser who had a run-in with DateCoin.

Aeron is a blockchain that serves the bureaucrats. The service’s smart contracts will contain all possible information about airline pilots (certificates, licenses, vaccinations). Yet again there are many Slavic faces on the team and the CEO is an economist from Belarus. They raised 5.6 million dollars from their ICO, but now things are really fanfuckingtastic. ARN 6Xed and the market cap exceeded $30 million. But the main challenges are still to come. The airline business is a complicated thing.

BlockEx got their dough too. A decent amount at that – almost $36 million. The platform is designed to solve the problem of integrating blockchain into traditional economic tools. If it wasn’t for Eric Benz as an adviser, you might be kicking yourself for not getting in before the end of the ICO. But as it is, it will be better to keep an eye on how things progress.

True Flip is a lottery where the winners earn Bitcoin. That’s all – nothing to see here! A truly scammy scam with the classic fake team members, social media bots and other bullshit. The CEO looks like a goddamn Musketeer. On the other hand, they raised 5.9 out of the 7.4 million dollars that they really fucking need. And the TFL token has been traded for almost a year, albeit not ridiculously successfully. 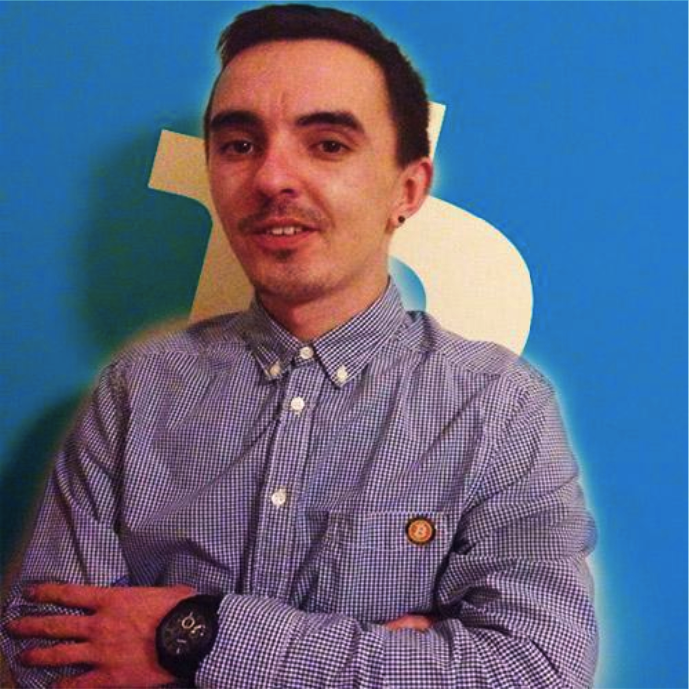 The main man on Bitcoinist.com. It’s a specialised resource with good traffic, but there’s one snag – an employee or owner of a news site shouldn’t have preferences in the field that they cover. Otherwise it’s not journalism, but a piece of subjective crap. Because here it turns out that the person responsible for the editorial line of the portal is advising ICOs at the same time. That’s not even subjectivism, it’s puffery.

UQUID is a new cryptocurrency that will “definitely solve” all the problems experienced by crypto investors. The project has raised almost 18 million dollars, but really really looks like a scam. It’s not even about the moronic “USP” that greets visitors to the website and fails the truth test after just one click. 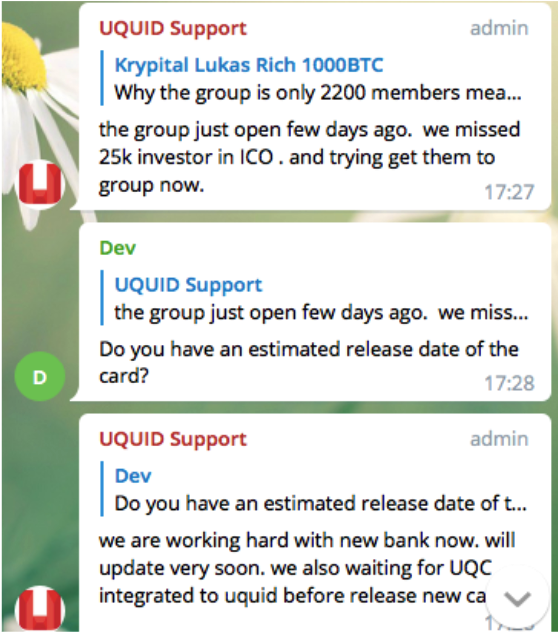 Eloplay is a fresh scam from the eSports niche that is based in Estonia. The creators promise to create a platform that will make it possible to create and participate in decentralised eSports tournaments. One question: why? Every day around the word, loads of matches take place in various eSports disciplines with prize money, spectators and even betting. Investors probably thought the same thing, which would be why the project only raised 335,000 out of the necessary 12 million dollars.

Confideal is an anonymous service for quick and cheap international transfers of cryptocurrency without the involvement of third parties. The project was an utter failure and raised only 110,000 dollars at its ICO, which is chump change by today’s standards. And this is how the Confideal CEO likes to argue in their chat. 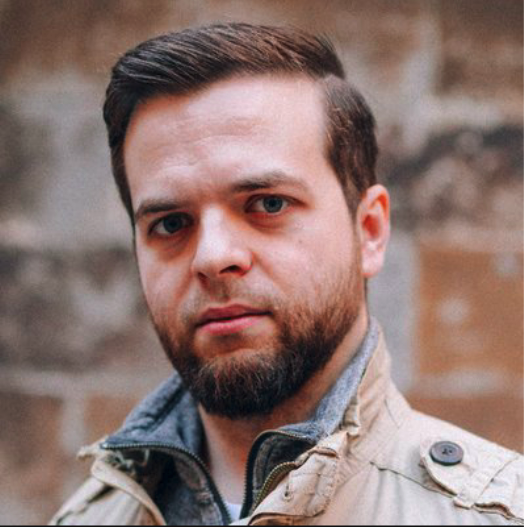 Filip is a Russian-speaking Finn with no friends on Facebook. If you believe LinkedIn, he studied computer science and business management, then became an independent consultant soon after his graduation. Rightly so – why work when you can tell others what to do instead? So let’s have a look at the fruits of his labour.

HashGains is an obviously fraudulent pile of wank. The website looks like an online casino and, judging by the description, has not strayed too far from that idea. For $350 (the minimum contribution), a user gets 1 TH/s of hashing power. Then you start to mine whatever crypto you want. More invested money = more earnings. The ICO of this mess is continuing as we speak. Its director is called Gary Barlow, just like Robbie Williams’s nemesis in Take That.

SmartRealty is an upgrade for the property market with the assistance of blockchain, which will make all transactions transparent and fair. It would be a great tool for fighting corruption in Africa and Eastern Europe, if the corrupt powers-that-be would ever accept such an innovation. The ICO will continue until mid-May. The guys raised a whopping 3.75 ETH at their pre-sale. In total, they want 150,000.

Bizavest is an open-source data collection platform for business analytics. The project’s co-founder Rasheed Bello has some absolutely unbelievable skills according to his LinkedIn profile.

Akaiito is a platform where transactions for online shopping, car rentals, property deals and even the services of hot Thai masseuses will be effected through smart contracts. The AIC token will act as currency. 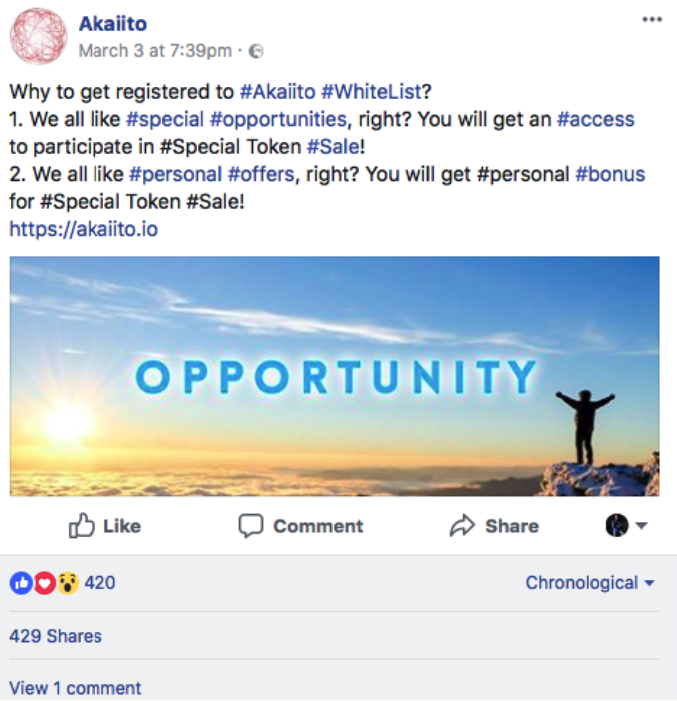 When will scam ICOs finally learn how to convincingly simulate subscriber activity on social media?

The sale has already started. They want to raise 20,000 ETH, but it is unlikely that the Estonians will succeed.

The GasFiles sale is already over. They barely scraped together 1,000 of the 10,000 ETH they were looking for. That’s according to the company’s official data. Elsewhere, we can see completely different figures.

The idea behind the project is to transform files into code, split them up and store fragments of individual smart contracts. Who else but Voldemort could come up with such a plan?

But the GasFiles team is not the Dark Lord, not by a long shot. They’re still amateurs. The idea, team, explanation and Filip Poutintsev as the cherry on the cake do not stand up to any scrutiny.

If you want to expose another specific shit adviser, leave a comment or send us an email at [email protected].

If you know something that we don’t, feel free to leave a comment below.