Nigerians trade real estate, Poles – modified carbon, and all this – with the help of a former Taiwanese scientist.

Hi folks! Our guest today is not just a scammer, but a real Ph.D.! His name is Krishnendu Chatterjee, and he is Taiwan origin. That’s what this guy says about himself.

Such a businessman, and works with these scammers.

They tell about how they are top Blockchain-specialists; they even made an article on BitcoinWiki about themselves. But with startups, it didn’t work out yet. The company’s whole management team was included in the IDGO (KINWA) project. They fed everyone bullshit for a year or even more, and now they’ve done IEO on a dead, like a stake stabbed Nosferatu, stock exchange. Even such a handsome business-developer didn’t help 🙂 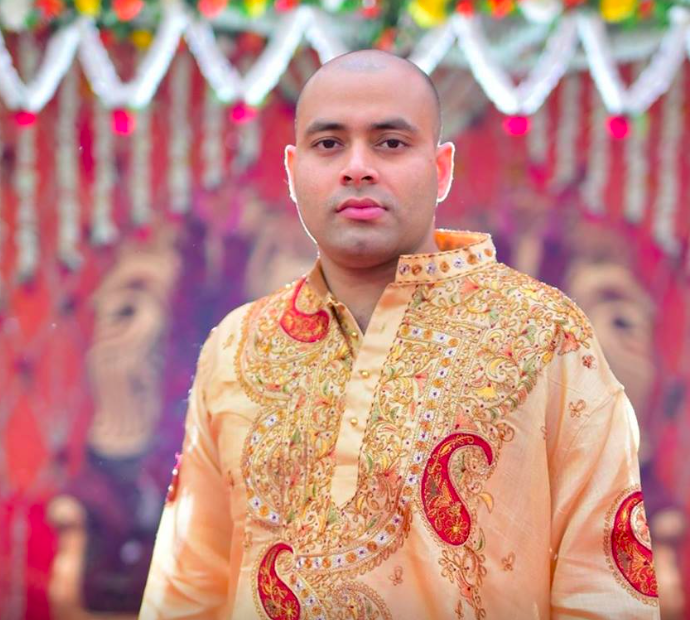 Although the idea was cool: using the Blockchain to help the indigenous people who still live in their small world (like Sami-reindeer herders and Papua-cannibals) get on their feet.

And the guys seriously overrated the toughness of their products.

Well, fuck ’em, let’s go further. And then we have a raucous scam project Airsave Travel. We have already written about it. Our hero here plays the role of a strategist.

At Allforcrypto, Krishnendu is a chief advisor. A superficial examination immediately catches the eye with the use of funds raised from the sale of tokens. Half of them (with a hardcap of 20 million bucks) should go on marketing. Did they found a new Justin Bieber or something? 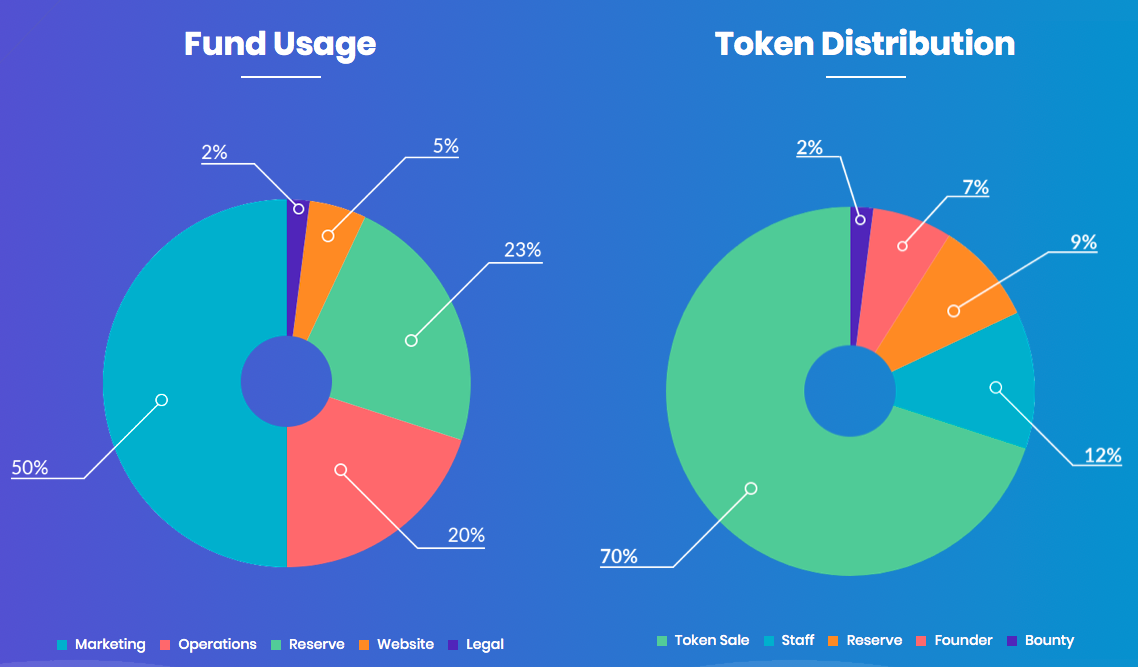 Unfortunately, everything is way more plainer. The guys want to create their own ebay where you can pay with crypto. Well, that it would be nice. 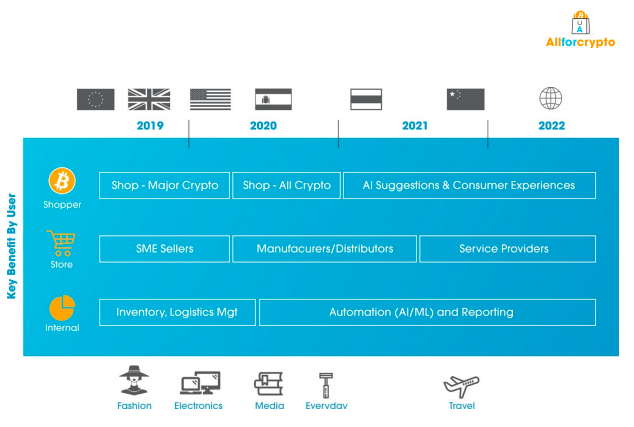 What we can’t understand is why they devoted half of the whitepaper to explanations on how marketing works. Besides, these paragraphs don’t tell anything specific and are absolutely useless. Sounds like some recruiter bullshit.

How the guys will create the ebay on crypto, even with 20 mils, they didn’t explain. Although their CEO William Leen and worked with fiat ebay until he became a bounty hunter.

Do you know why we do not believe them? Because next to Krishnendu on the board of advisors is Simon Cocking. And we’re still shooked he’s not in prison yet. There are about ten projects in his portfolio that we wrote about aside. He won’t get his own article just because it’s not gonna be a longread. It will turn out a motherfucking Ulysses. Anyways, the guys themselves didn’t decide yet what they actually want: ICO, IEO, or just a bunch of money.

At Tap4Menu, Krishnendu also helps with his Ph.D. tips. The Polish team came up with an app that allows you to order food in a restaurant. Imagine: you came to the restaurant with your homie Chatterjee to have some lobsters and pop champagne and tell the waiter to fuck off.  You go to this app, make an order, pay for the food with crypto and that is it. The idea somehow wasn’t that bad, and the guys are slowly collecting the hardcap in the amount of 6 million bucks on IEO on the Polish stock exchange Kanga. We guess it is the work of hlodlers who were fascinated by the mandatory purchase of tokens in the future. Just look how you can profit on one startup’s token in 2030. Man, you haven’t seen so many X’s in your entire life! 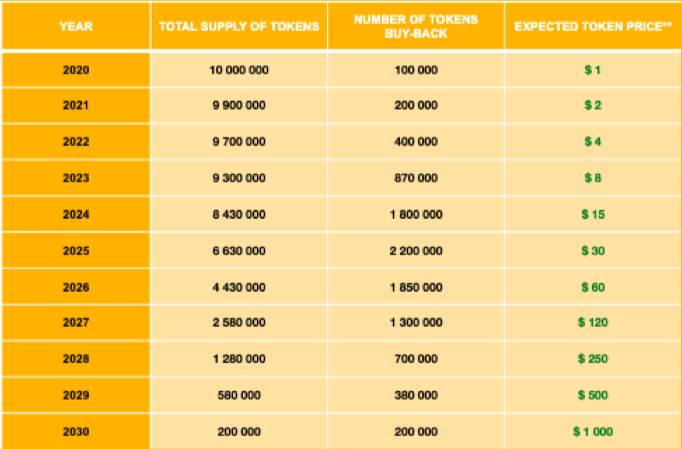 Why the token will go up? Because there will be more and more users of this app, and they could use it only for tokens. We were pleased with 10 000 restaurants in 2010. IIs the timeline goes in the opposite direction in Poland?

The fun fact is that the CEO of a startup previously helped the Poles to find work in Norway. And then suddenly changed his shoes and became a crypto enthusiast. Maybe Krishnendu taught him? 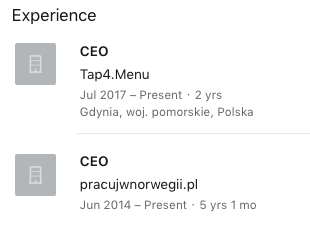 TecraCoin is also a Poland project. With a long, like Anaconda that chased Jennifer Lopez, sale. 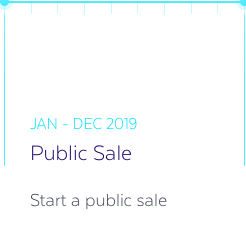 So, the four co-founders (remember HOQU?) Want to raise the necessary 20 million to create a venture fund on the Blockchain. They will buy technologies for collective money, earn more, and share profit with investors. The story is not news. The Australian scammers from USAT have already done this before. Also flexed with bought patents, scientific friends and so on. Hey, guys, maybe it’s enough to use cute granddad scientists for your greedy goals? Give them the time to play with grandchildren! 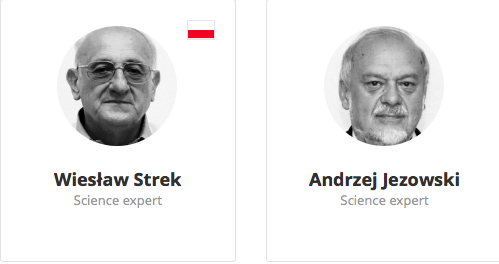 But that’s another story. After the sale, guys want to produce graphene. It is a carbon modification that now is a really hype material. In 2010, the experiments with it were awarded the Nobel Prize in Physics.

Wanna know more? Read the TecraCoin’s whiteraper. I’m gonna note that the TCR token was released on their personal Blockchain that runs on the PoW algorithm. Why not use Bitcoin or Ethereum for these purposes is a mystery. And overall, it’s too much flex for ICO, the minimum investment in which is just 2 bucks. And again, it is unclear how investors will make money on this Altered Carbon, and why we should expect tothemoon coin. Although, the Polish team, Krishnendu and Ian Scarfle (Swiss Alps Mining) in advisors are forcing us to doubt that the promises of the founding fathers will be fulfilled.

The goal is to register all property owners in places where the long arm of real estate agents hasn’t reached yet. And this, judging by whitepaper, are the developing countries of Africa, Asia, and South America. So the granny from a village with a difficult-to-pronounce name in Serbia will be left out of the record in the Blockchain. The startup’s website is warranted not to be trusted. 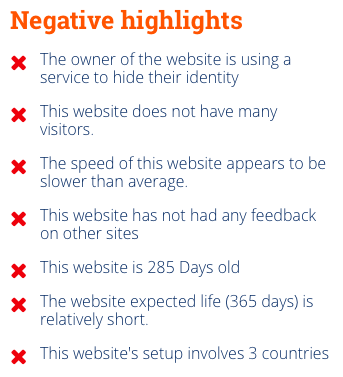 But even without this warning, I wouldn’t go in there. The dudes have nothing except for the idea that is poorly formulated (some kind of raps: cribs – money, find it with us). Why should investors get involved in this is also unclear. And the presence of the Krishnendu and Raghaw Sawhney (a known scammer) in the team is a red flag.

So, Krish, think before it’s too late. BTC is growing, the salary in the SEC – too 🙂 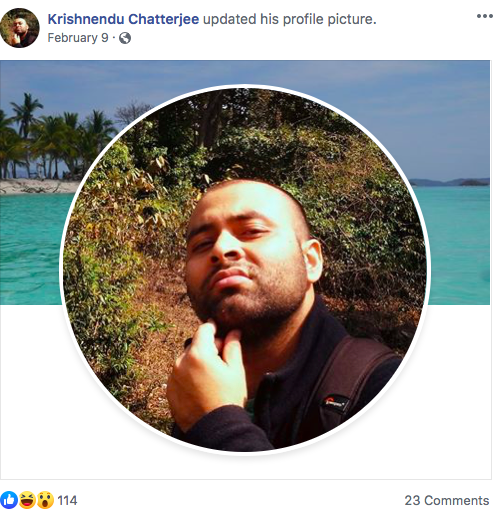 Write in the comments what you think about Krishnendu and show us the projects and people you want to read about.