Binod Nirvan: 8 ICO-Startups You Don’t Want To Bump Into In A Dark Alley

We’ve dissected all the ugliest scams our hero, a “crypto expert” from Nepal, has perpetrated: Blockchained Uber, pharmaceutical revolution, and virtual-god-damned-rehab ‒ only today, in ShitCoin’s agenda.

Hey, pumpkins. Let’s have a little talk about music and its virtuous effect on our poor grouchy souls. As for my humble opinion, the best album ever created was “Nevermind” by Nirvana ‒ you had a chance to guess that from the art in the beginning. By the way, did you know that Kurt, Chris and Dave named it “Sheep” in the beginning? Quite symbolic, as for me.

Continuing the fun facts quiz, “Something In The Way” didn’t work out for Kurt Cobain until he tried to play the song on the acoustic guitar while sitting on his favorite couch. And my absolute favorite “Sappy” was initially cut out from the album, which allowed it to blow up later when its original creator had already passed away.

Unluckily, here’s where the positive part of the article ends. Below you’ll only find a heart cry of the person who tries to understand whether the world around him went crazy, or he lost his own mind while reviewing other senseless, crazy, absurd startups made by crypto “geniuses”.

Why have I even started to talk about Nirvana? All thanks to Binod Nirvan, aka Binod Nepal ‒ a Blockchain guru who deserves to have an article contributed personally to him on our website. His activities made him quite a name in crypto community, and, if it was up to me, it would become a synonym of:

Turn up your music as loud as possible, because this trip ain’t gonna be the easy one. 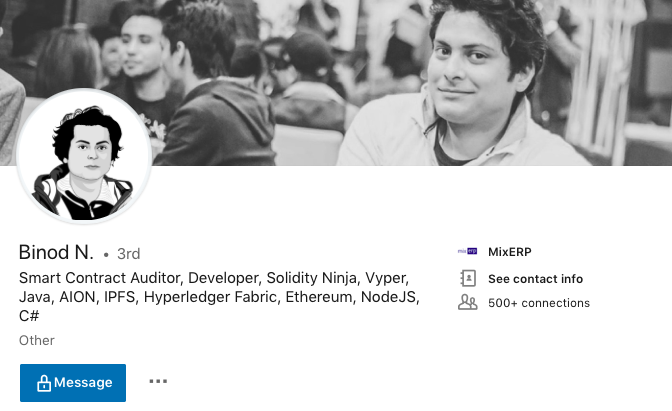 Binod ‒ or Happy, a l’anglaise ‒ used to study only 2 years in his life, which slided by in Nepal school. I bet such a strong educational base pleases his investors beyond all bounds. It would be cool if that information would be displayed anywhere else except for his unpretentious LinkedIn profile. For example, there can be a WARNING banner every time somebody opens his website, or something similarly nonintrusive.

His ongoing career went…smoothly, I guess? The man used to control the quality of something unimportant, then he was raised to the regional unimportant director in Paris, and that’s how 17 years of Binod’s life have passed. And then, suddenly ‒ it’s 2018 outside, crypto technologies flourish, people believe everything you tell them if you use the word “smart” but what is more important ‒ with naive people come easy money! This simple revelation changed the life of a normal guy Binod, and made him the person we have a pleasure to contemplate now.

Everything started with the Dice Money. By using complex terms like “cluster economy type” or “investment mining”, and by drawing these outstanding business schemes, the guys tries to collect $50 million on their ICO. 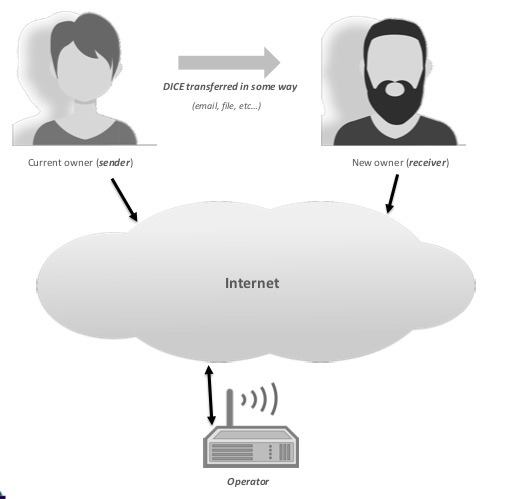 But ‒ what a pity ‒ the users evaluated the startup only at $1,5 million. A year has passed since, and (who could imagine?) nothing was done. The founders even had the nerve to ask for the additional reimbursement recently in their Twitter. 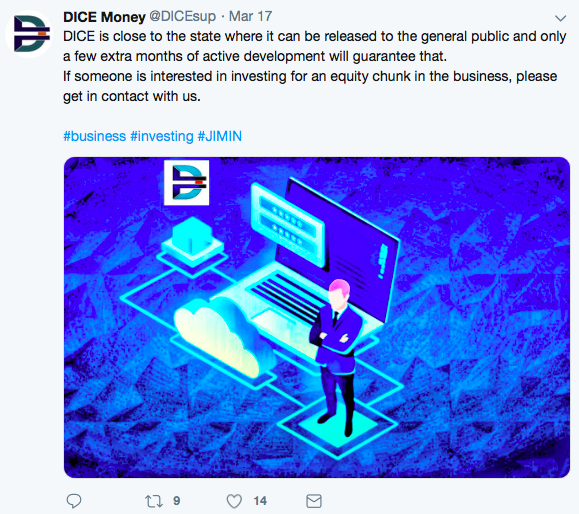 By all accounts, the project won’t last any longer. Binod took the ICO adviser role in this groundbreaking startup. Rest in peace, Dice Money.

RedCab will seem a little bit familiar to you, if you know what Uber is. It now seems like a ridiculous joke that will require not millions ‒ billions of dollars, but the year before even the most stupid startup managed to collect at least $3 million, just like RedCab did. As for now, you won’t even have the chance to enjoy the optimistic pictures of future depicted on its website ‒ the domain is unavailable, and we don’t even mention the actual result of the guys’ work.

Nirvan, again, set the founders on the right path as a smart contract adviser. Also, our old friend Filip Poutintsev happened to be amongst the advisers’ list. Hello, fella! How’s life? Still bitching good men? Nothing new, it is.

In СYBR our Happy is a blockchain developer team lead ‒ a big boss, in simple words. According to the launchpad of Coineal exchange, the startup currently goes through the IEO stage. I felt a free-floating anxiety when I noticed that the owner of the project is the guy who also own 21st Century. On their website, there’s a huge title that tells us that they develop the solutions for SMALL businesses solely. But ‒ hey, since it’s Blockchain ‒ the more you lie, the more you hype. That’s why we can see IBM and HP amongst the partners of a not yet existing company.

Their softcap is $2 million, their hardcap is $15 million ‒ classic. Investors are tempted by an unsubstantiated growth of the token, with which the users will have a possibility to pay for the hacker-proof defence. If you wonder where the Blockchain is implemented, then don’t worry ‒ you are not alone. Obviously, the project’s Blockchain is a monkey business.

It’s hard to tell a lot about ClinTex as their website is a bit under the weather.

Looking back, the founders once had Napoleonic plans. They wanted to fundrise $19 million and start a pharmaceutical revolution: promised to make the cost of clinical tests about 10 times lower, therefore, make the meds cheaper and more available. Still, the collected money travelled in a regular way ‒ somewhere to the developers’ pockets, and the world, again, didn’t get the chance to see the new era of medicine and healthcare. 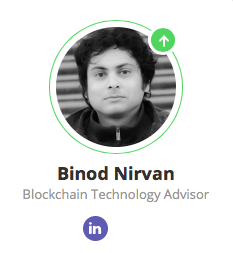 And what about Cross Hedge? They’re conducting a sale, and what is more important ‒ they even have a working website! That’s a lot if we talk about scamming projects. Maybe the wheel of life made a mistake and for once in a while we met an adequate crypto startup?

No, everything’s fine. You can just look at their Telegram to realise, that this is not an exception, especially if we talk about a project with $85,5 million hardcap. 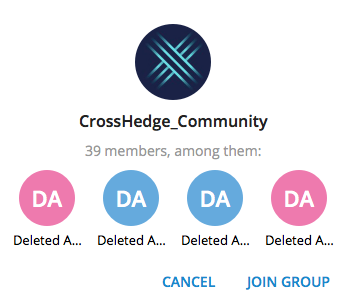 Playing in ShitCoin Bingo with Cross Hedge is not intriguing at all ‒ every single sentence in their whitepaper adds another one point to the score. If you were planning to add a degree to the game by drinking every time you read phrases from “promising startup ICO” starter pack, then don’t ‒ it’s a right track to alcoholism.

Intellectual investment? Check. Statistical modelling? Check. Machine learning, artificial intelligence? Check, check, check. They didn’t bother to find a better copywriter than the guy who works for food on freelance. And Nirvan is an ICO adviser again. At least, we hope Mr X paid his salary in actual money, not tokens, God forbid. 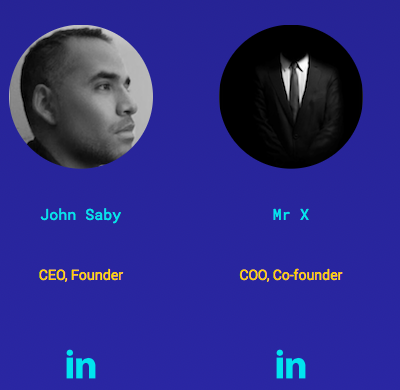 The next abomination ‒ Cryptonity ‒ conducts the sale too. 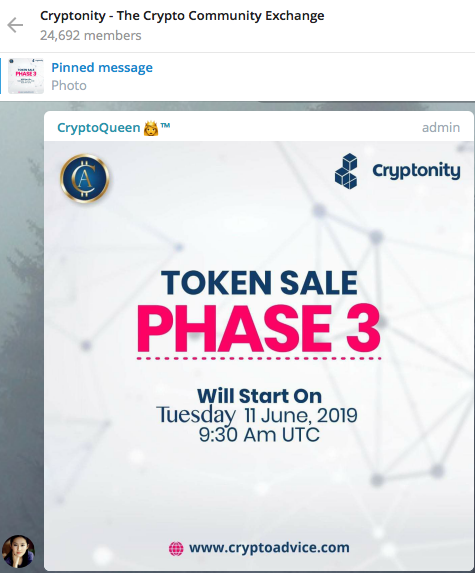 Our beloved Binod, together with an ill-reputed “Blockchain expert” Naveen Kapoor are extremely HAPPY with this (get it?)

The project is planning to pull off whole 5 sale rounds. Overall, they aim to get $20 million and create their own multifiat cryptocurrency exchange with blackjack and hookers that will kill (no less than that) the current leader Binance. For some reason, we are skeptical ‘bout that. We’ve seen enough typical exchanges that couldn’t offer nothing more than the actual exchange features set, so is there any reason to expect anything else from the scammers?

For instance, here are the monthly traded value of the KuBitX Exchange startup. They couldn’t handle the ICO with the presumptuous upper plank of 25 000 ETH, and here are the results. I bet I spend more money on beer every month 🙂 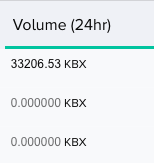 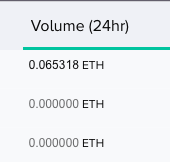 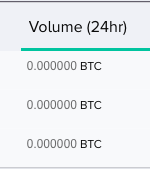 All in all, the assistance on Binod-advicer again came to nought. 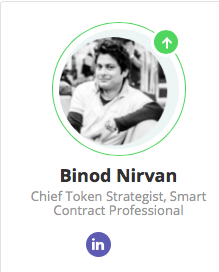 Finally, we came to the cherry on the top of the Binod’s career ‒ a virtual rehab. I warned you about the dangers of playing ShitCoin Bingo with alcohol! And here we are, curing the alcoholism (together with depression, PTSD, autism, etc.) with the help of a remedial VR, holy AI, and almighty Blockchain.

Such a cutting-edge and much-needed startup requires a proper funding that is why the guys want to collect $20 million in the forthcoming ICO. Why so much money, you ask? Well, aside from the main occupation, the founders have to keep in touch with partners, right? And champagne and shrimps aren’t chean in Singapore, so here is it. 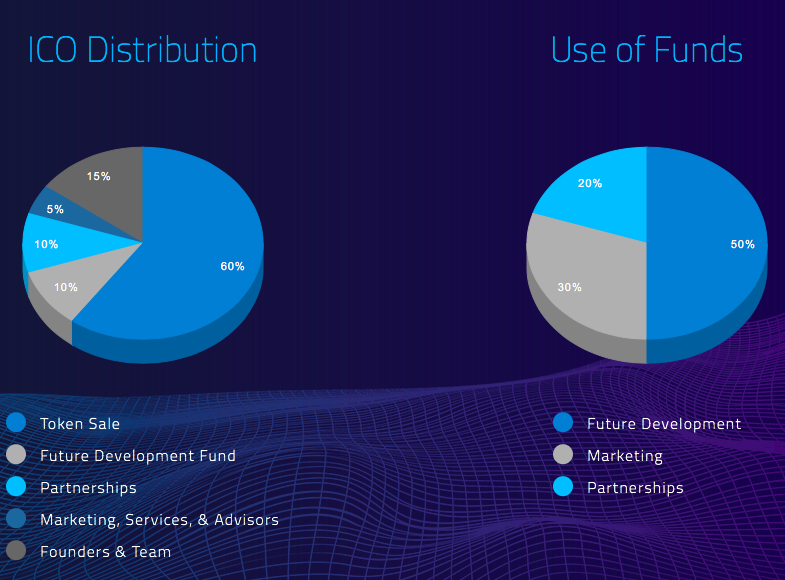 I don’t believe in therapeutic effect of psychoanalysis via VR-headset. And even more, I don’t trust guys who hire Nirvan without checking his previous achievements in startups ‒ or, rather, their absence. Finally, I don’t really think that the people who used to work for Vodafone and toy stores can create decent project in psychoanalysis, Blockchain or healthcare. But that’s how the situation with this rehab is going ‒ and that’s why I think that this is yet another brazen attempt to steal money from people, who suffer from mental illnesses.

The final score is: 8 out of 8 scamming projects, some of which no longer show signs of life, while the others just head towards the result of their predecessors. In all of them, Binod is just like the boy from the “Nevermind” album cover ‒ chasing the dollar on a fish-hook. Listen, bro, you seriously have to stop. There are thousands of ways to earn money honestly, without fooling decent people who only want to invest in something good.

Don’t fool people, and you won’t be fooled ‒ that’s how karma works. It’s a pity not all of us know this simple truth. Together we will win.