Another Godfrey scam! Kepler Technologies collected 14 million bucks and are preparing for an exit

Our reader has found the new Bonnie and Clyde who have ditched investors for money and are now planning to mess with Georgian Finance Ministry.

Hello everyone! It’s been a while since the last time we talked about advisors and their role in promoting one or another scam. New trending IEO and STO prefer characters with a clean reputation. And that means that Davids Drakes and Jasons Hungs are left to polish the bronze on the ICO’s Titanic. We sincerely hope that Ruben Godfrey will join their company. We already wrote about him. He did react, have visited our chat, called us losers, and ran away.

Now, this gold digger has run into a real exit scam – Kepler Technologies. Their website is no longer available. 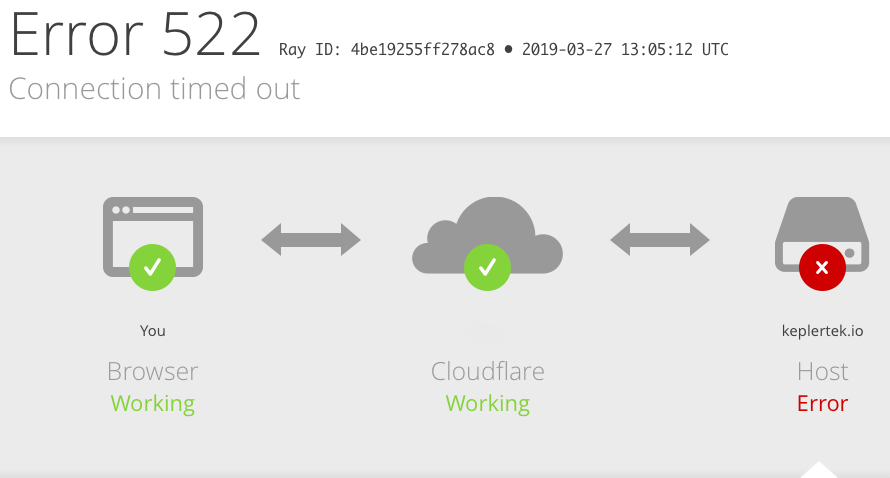 UPD: The website is back on. But this is unlikely to change the situation. Kepler Tech are stinky scammers, Godfrey is a bald jerk. 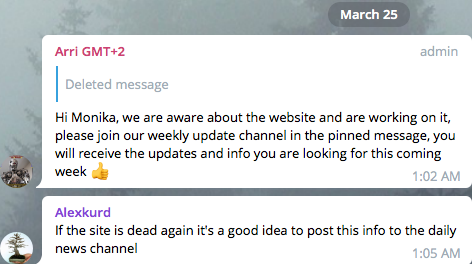 Although it all started very grandiosely. The signboard loudly saying “artificial intelligence and robotics” made us think of Skynet and the terminators, and the hand reached for the wallet itself. Just look at this video:
https://www.youtube.com/watch?v=3jcfock6opw

Guys’ statements were really powerful. Just look at it. This is a fairytale socialism on the planet of Isaac Asimov and Stephen King, not less.

“The main goal of Kepler’s management, besides the production of valuable Robotics and Asolutions, is the creation of a decentralized wealth distribution system through the technological breakthrough that will shape the future of humanity, robotics. Imagine if the creators of the internet had decided to share its wealth creation mechanism with the world instead of leaving it in the hands of corporate organizations who are only concentrated on accumulating personal wealth. Imagine if the internet had been like the blockchain, decentralized and distributed, users would have been benefiting from their own data”.

In fact, you could already smell the sweet scent of a ditch from this statement. From which the team aspired to collect 62.5 million bucks.

BTW, the term team here means the family of Giorgi Topuria and Mariam Shubalidze. The rest were employees. Here is this Twix the sweet couple. 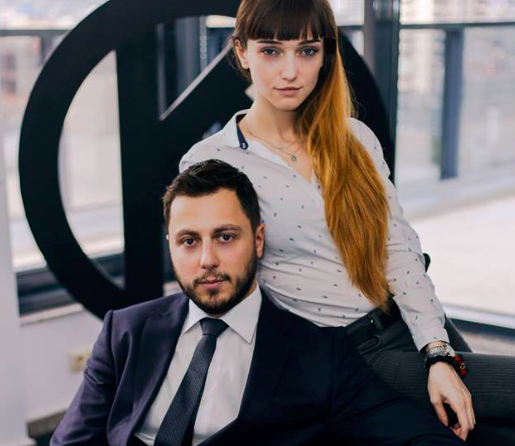 They hide their faces on Linkedin: 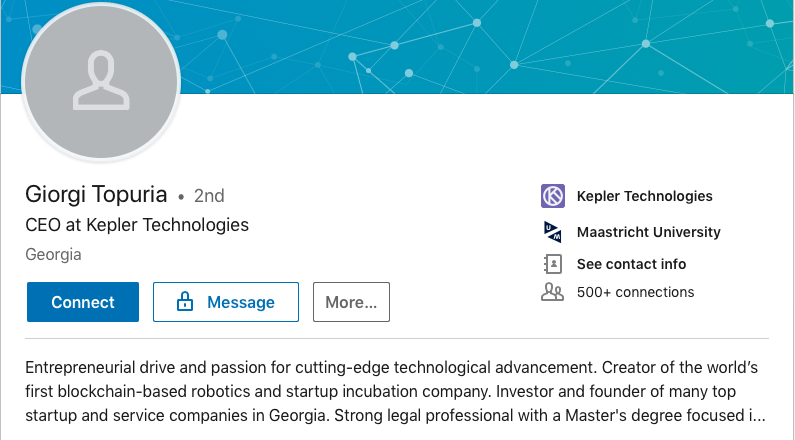 But you can still find them  in their Facebook. And also in Instagram. Apparently, the honeymooners doing well. Chilling in Singapores and Shanghais, buying $500 jeans. 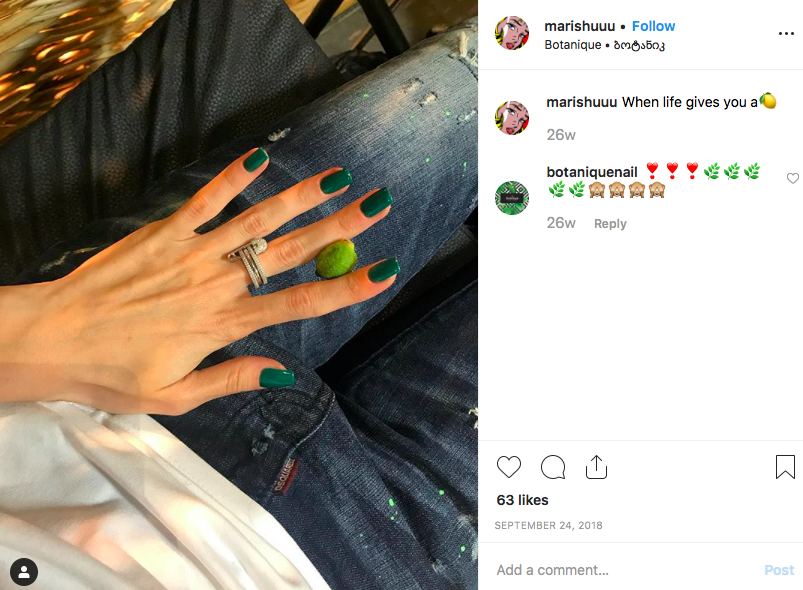 And flexing their garage. 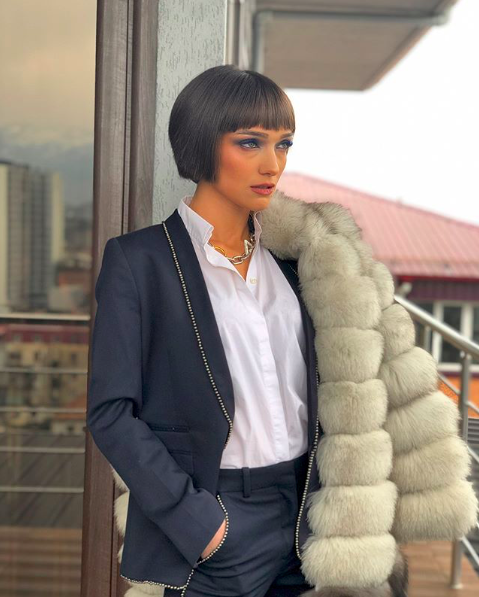 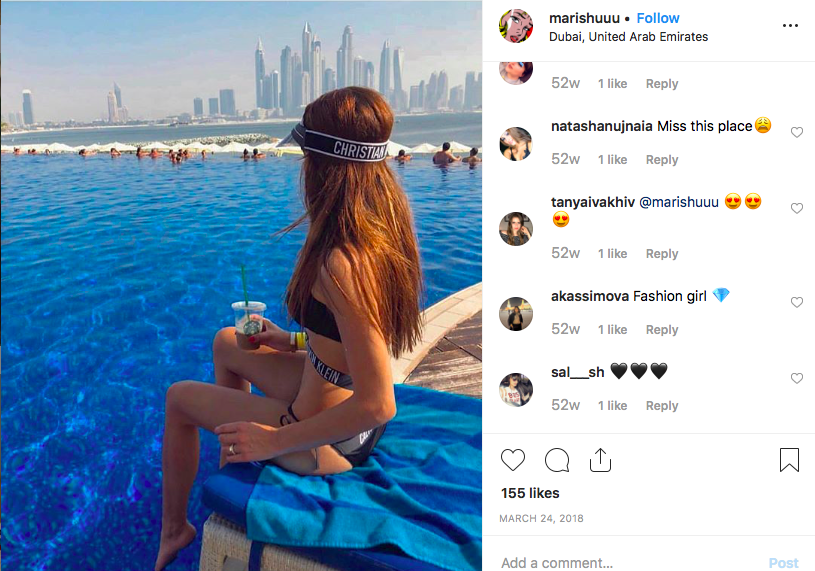 But we have distracted a bit from the subject. Kepler Technologies failed to collect the hardcap. But on Telegram, everyone talks about 13.7 million bucks. Not a bad to start, right?

But it’s not bad only for those who wanted to do something. Georgian scammers, apparently, didn’t want to do anything from the very beginning.

It’s been a year since the sale. And nothing of what was promised in the roadmap is done. 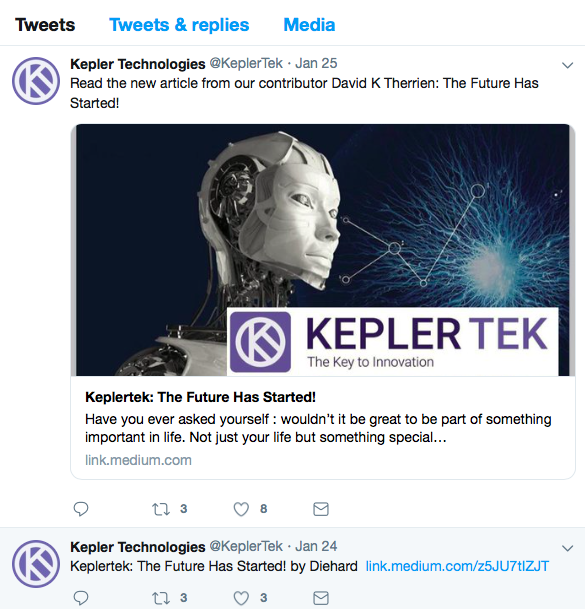 There’s a battlefield between investors and the team on the Telegram now. But soon this cozy chat will disappear, just like the website. 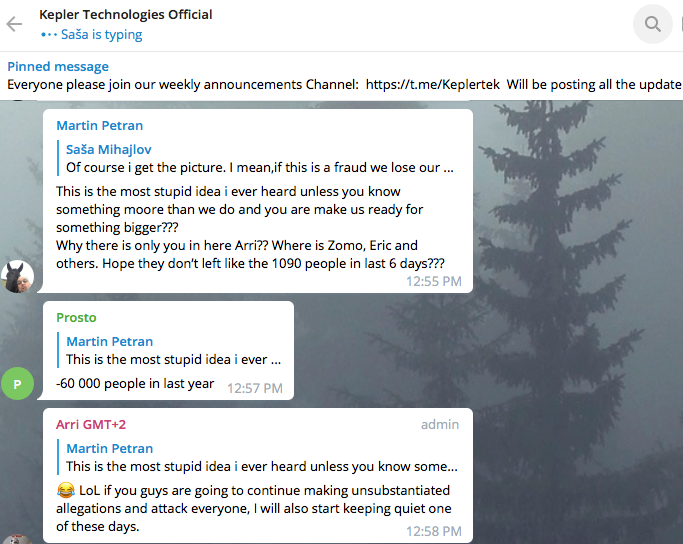 So we now we get to the most delicious part. Our reader shared insights that prove the project is a scam. But at the same time, its founders now want to hit the Ministry of Finance of Georgia up on money!

Next, we present you the text: spelling and screenshots in their original form:

This information has been forwarded by Conrad who has been a platinum investor and a community manager at Keplertek.io for over a year now.(Identity has been confirmed)

At first I was taken in by their ambitious whitepaper, with mention of land and factories already in their posession, and the CEO Giorgi Topuria and his team engaging on a personal level with all the investors.

Bit things soon started to unravel after the pre-sale and all the initial selling points like land and factories turned out to be nothing but hot air.

The bearish market was blamed for the dismal performance and the rookie mistakes made by CEO and his advisor Reuben Godfrey.

The Telegram group (t.me/KeplerTechnologies) became a minefield as people started realising something was wrong. People who asked uncomfortable were simply banned and deleted, and the community dropped from 80K to 35K in a very short period.

The dire situation came to light when 3 of the team members were sanctioned by the CEO to sell their tokens to community members at 50% discount, at a time when the tokens are still locked, and not listed on any exchange. It also became apparent that all the former employees in Georgia has been retrenched, with just the CEO, his wife and his wife’s nephew as well as Reuben, left to continue this project. This fact has never been disclosed to the investors and were never updated on their website, where the team members are all stil listed.

Most community members and a number of the previous employees now believe the whole project was an outright scam from the beginning, and that they are just busy with an exit strategy.

Reuben Godfrey moved to Georgia, and started to  become active on the telegram groups and responding to the community personally. This is rather strange behavior for an advisor.

This was the latest selfie sent by Reuben from Georgia to a community member who was questioning the short commings of the project: 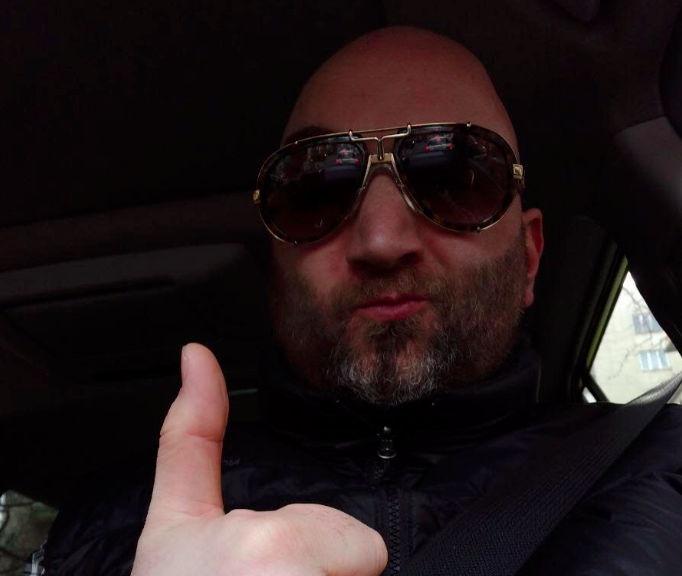 Here is a conversation between an investor and a former employee Chu Le about the project: 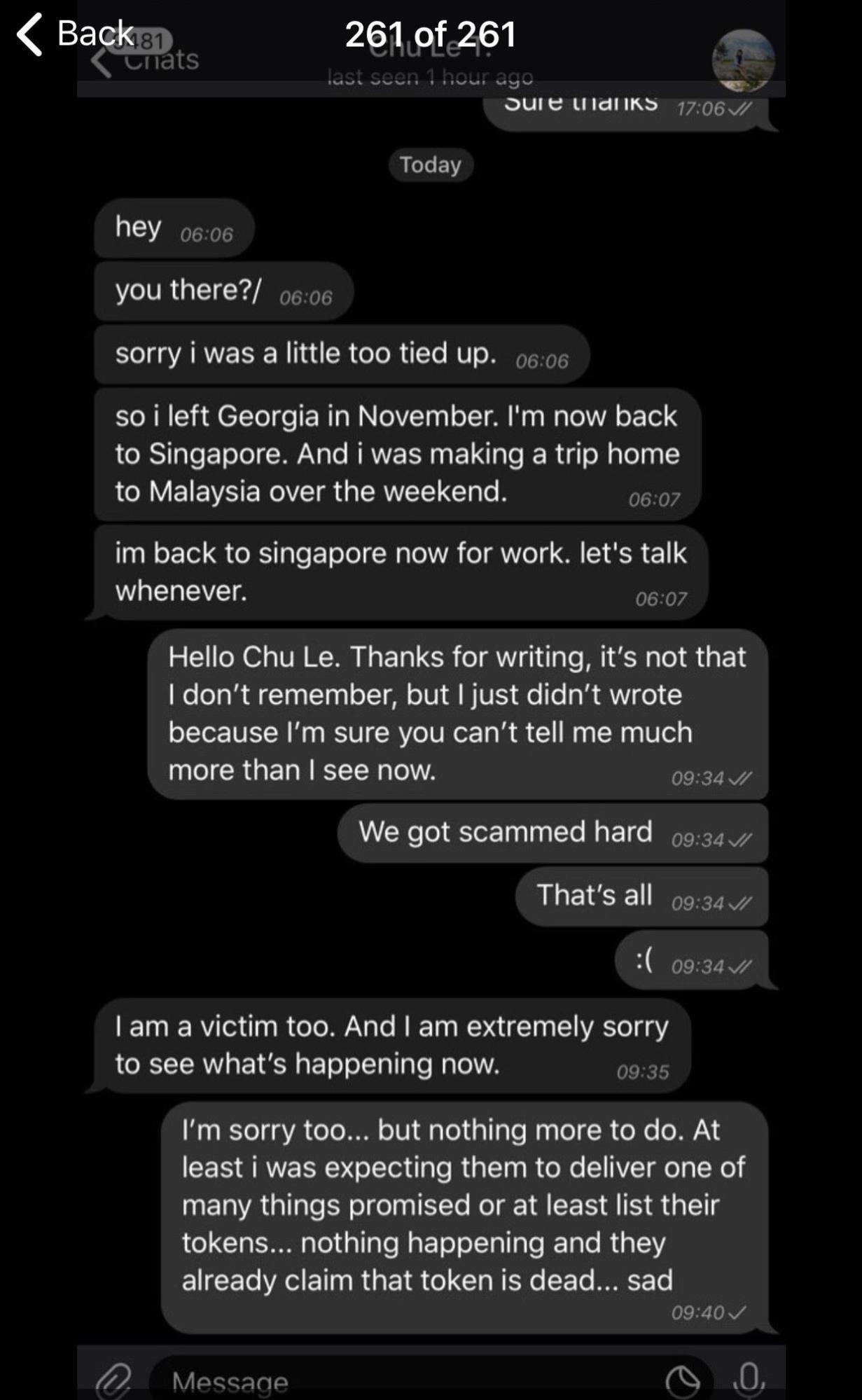 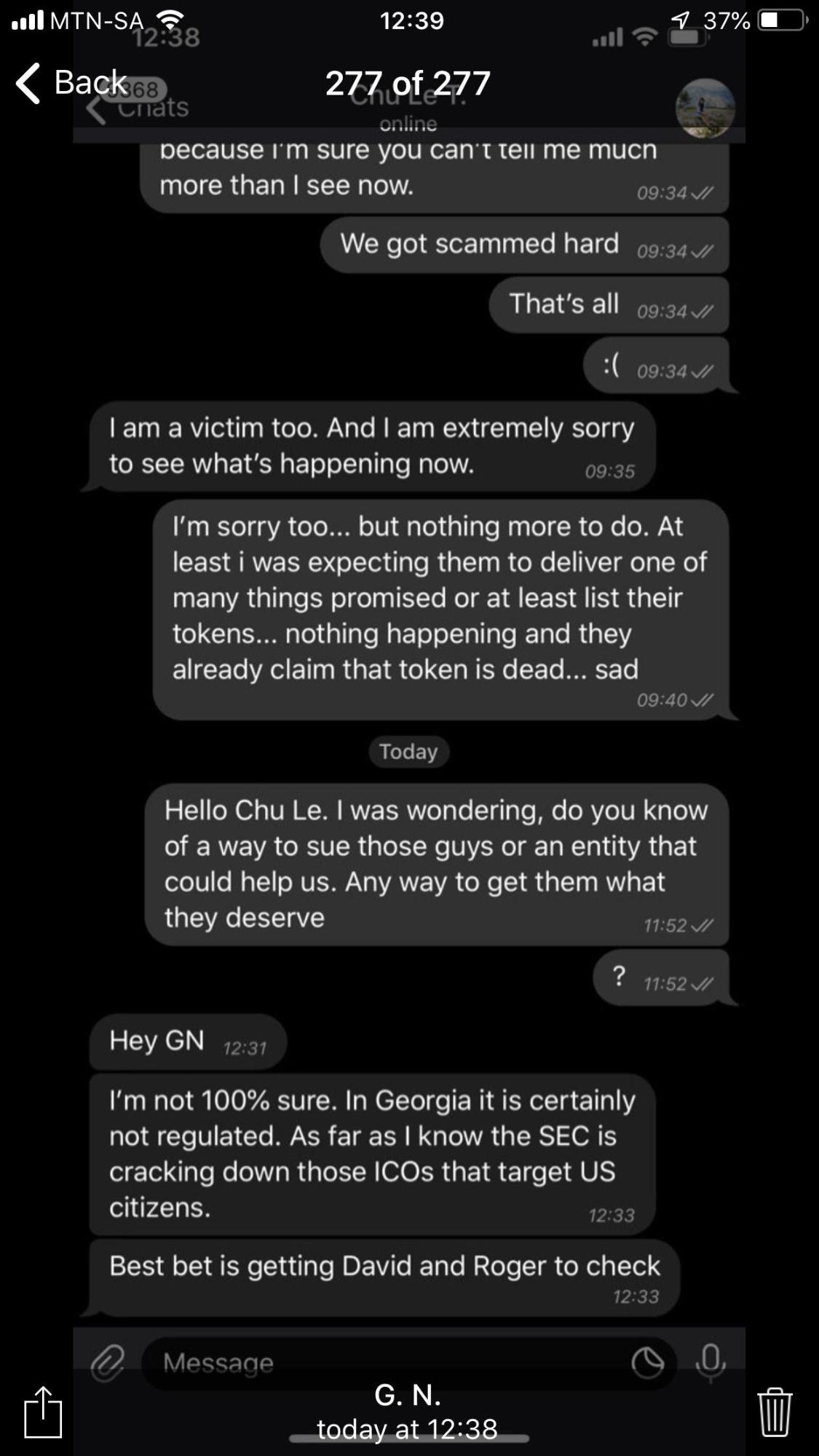 And another account given by an investor who spoke to a previous employee named Giorgi too. 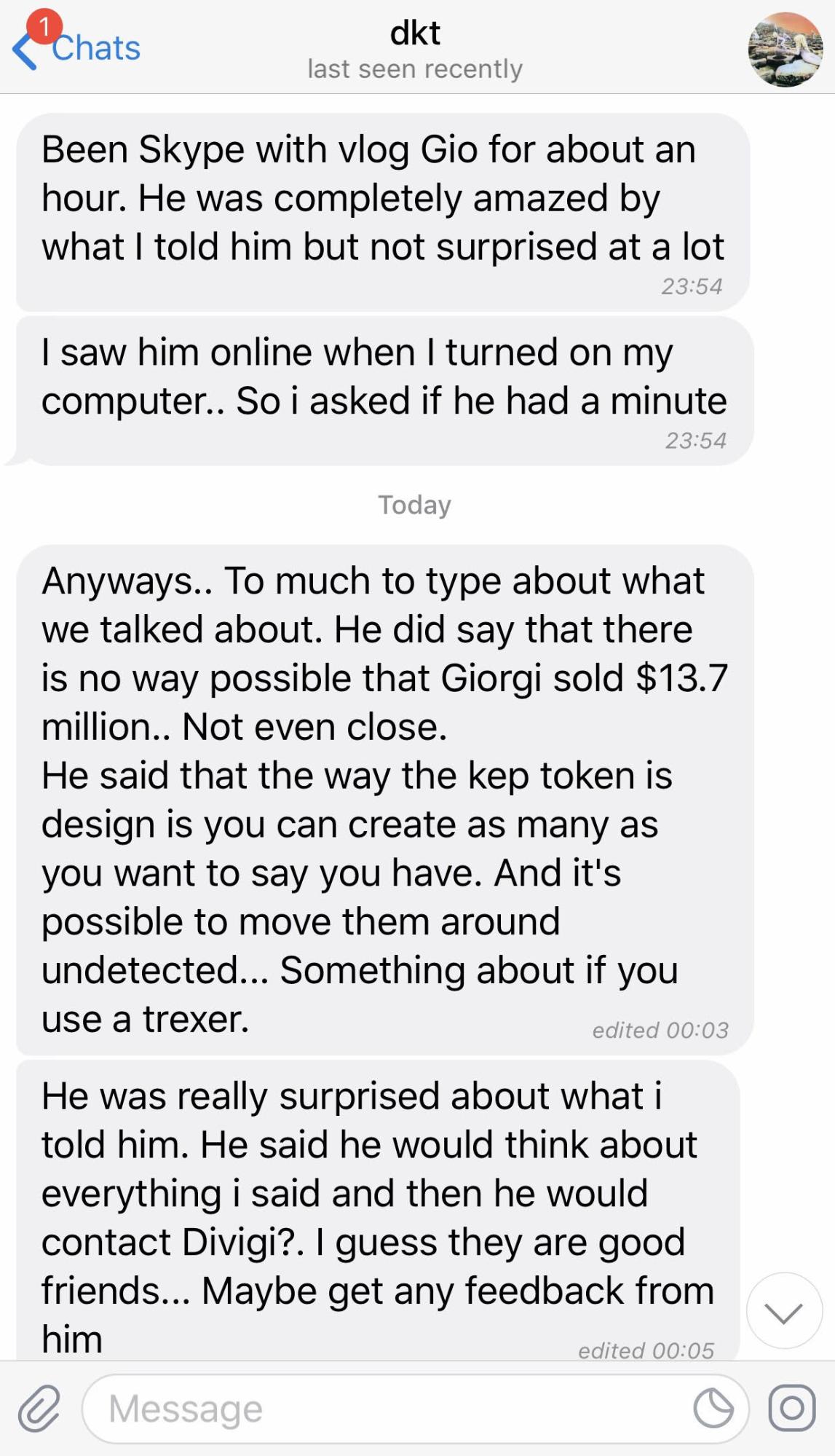 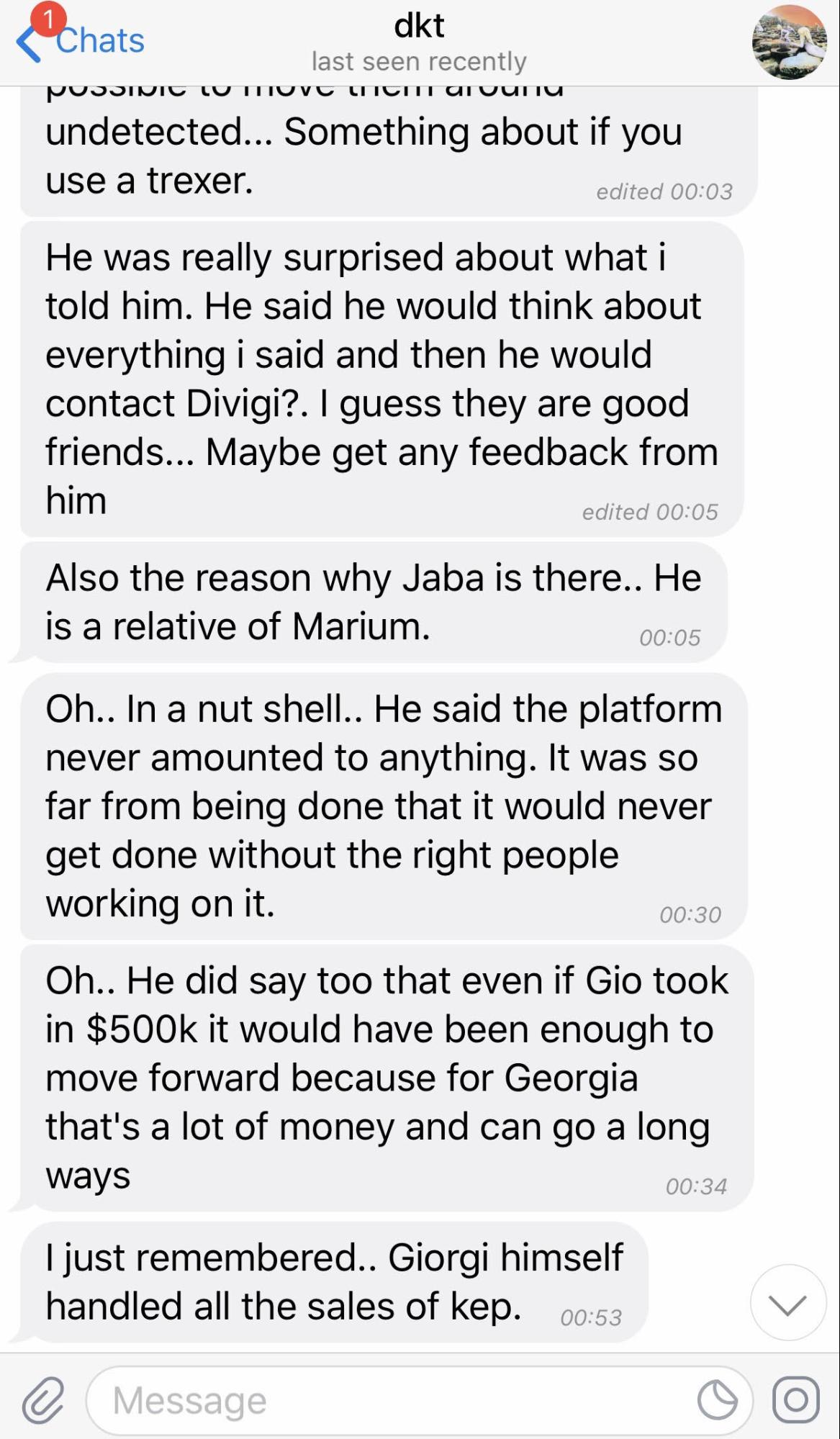 It seems like the top management of this project are beginning to act more like the mafia interacting with investors and the community, threatening to freeze their investments and trying to bribe them in revealing the sources who provided them info about what is really happening. 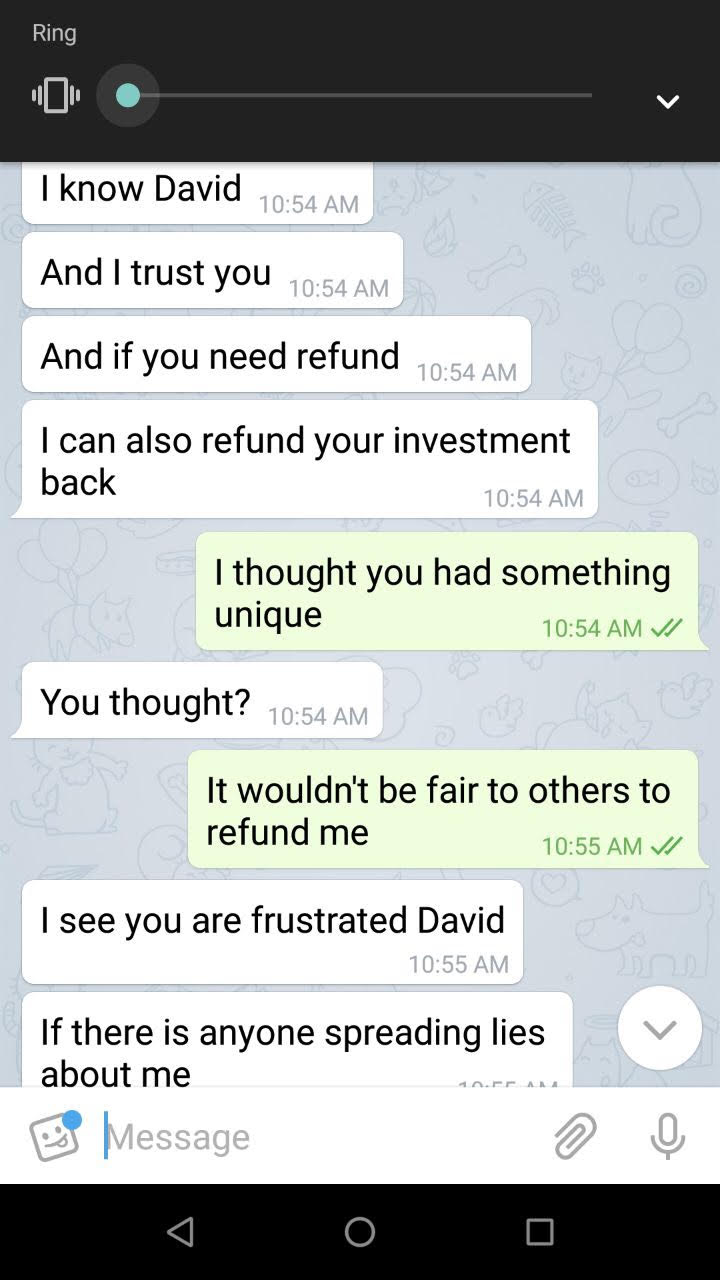 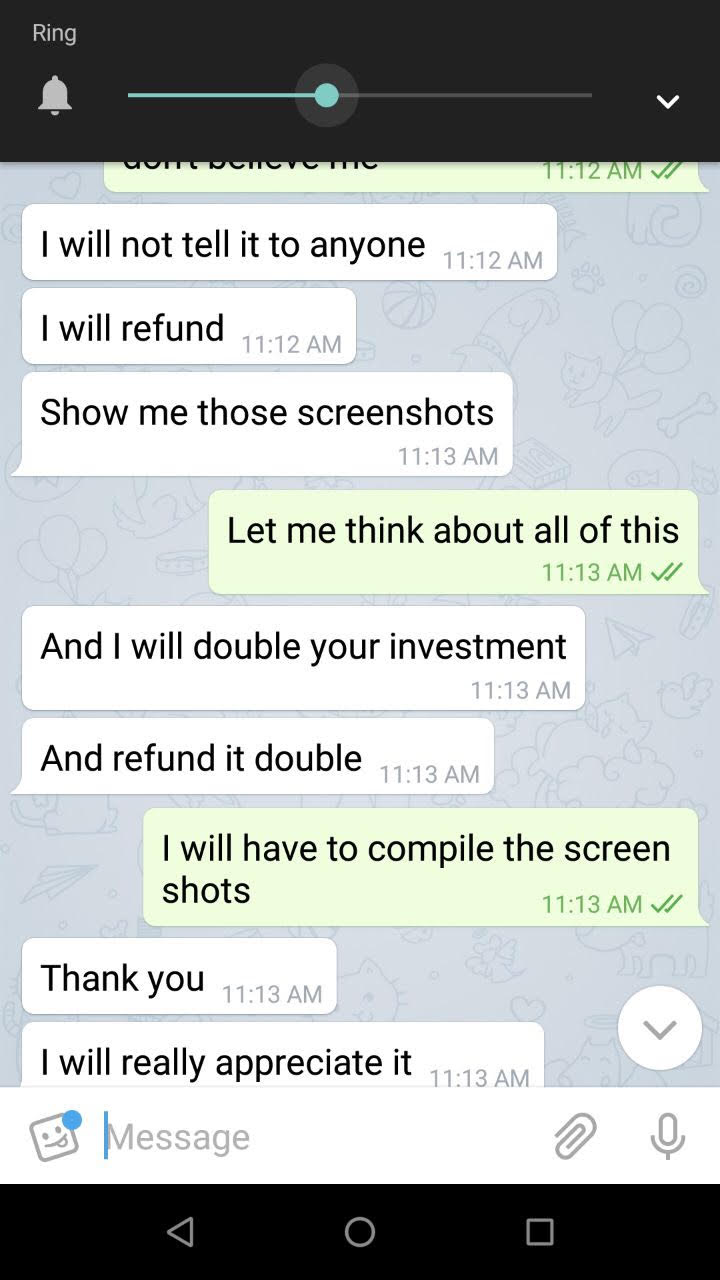 There is no doubt in my mind that our funds invested will never be seen again, and it has been clear for the past few months that the project is dead, as there have been no solid information coming from Keplertek, just empty promises, most of the staff has been retrenched, the bounty  rewards could not even be distributed, or T-shirts won in competitions earlier this year. The token sales were extended month on month long after the stated timelime, exchange listing has been postponed and lied about for month on end to name just a few things that set of an alarm with investors. So all of us will be loosing everything we had invested in Keplertek.

And to make matters worse, it sounds they are already planning to move onto the next project after exiting, and with the help of Reuben set up a bank in Georgia. 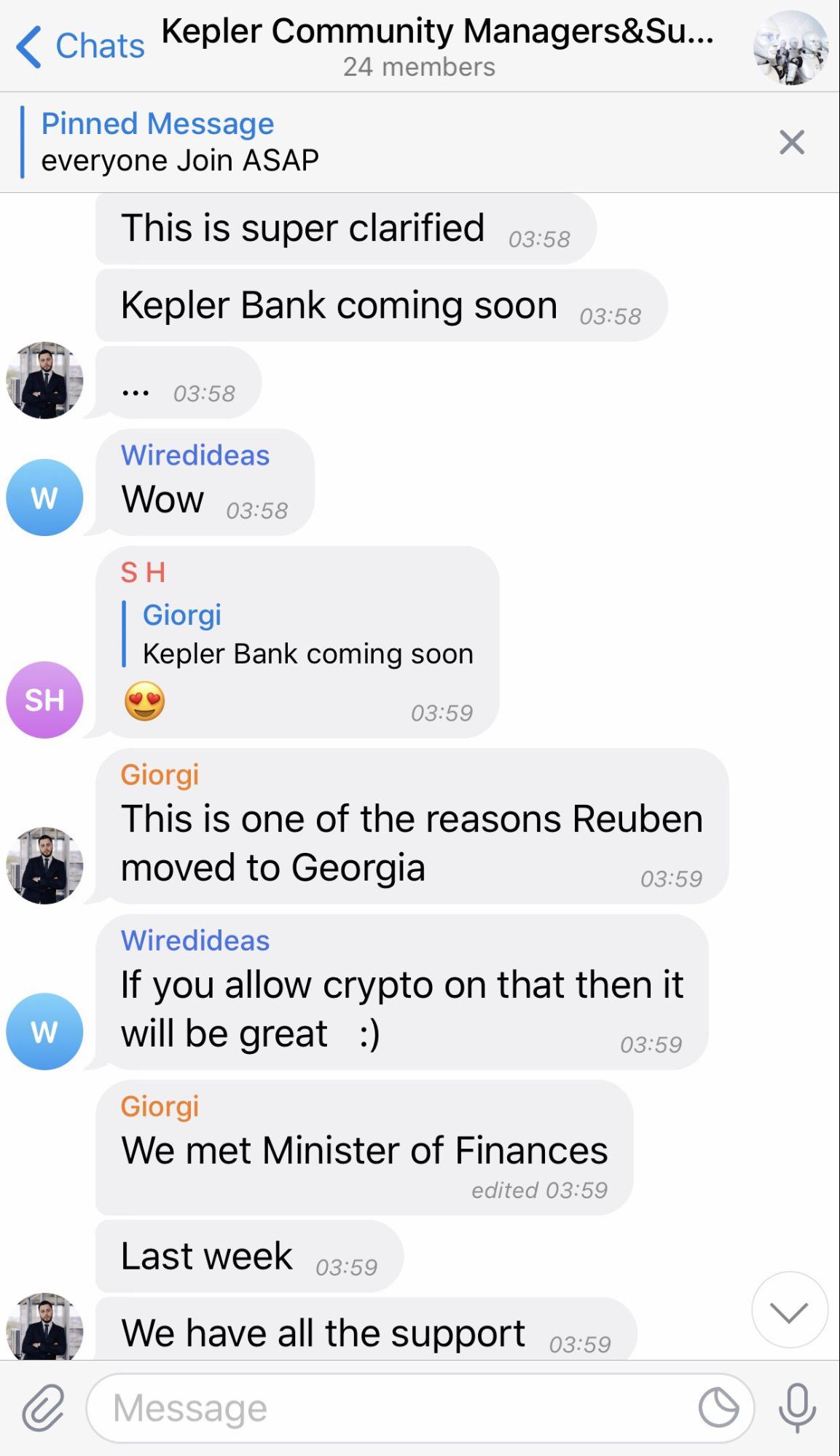 Several investors and community members have already started sending requests to various legal authorities in a hope to get some justice. And I am sending you this because it ties into your reporting on scam ICO’s and scam advisors.

Feel free to investigate for yourself, request more info or contact names of people involved. You can also forward this to the relevant authorities or other jounalist willing to have a closer look at this scam.