A lifehack: how to use McAfee and IEO to f*ck the system up

Polish guys have promised to create new Spotify, failed ICO, forgot to tell about it, and now launch IEO for 50 million bucks.

IEO is no better than ICO that has been robbing honest cryptocats for three years now. At first, we didn’t want to believe in it and tried to idealize it. Something like, here the authority of the stock exchange is at stake, the obligatory listing of the coin is provided, and the research is highly meticulous. But you know what? Not even close.

Last year, I investigated the projects of John McAfee, this glorious granddad who, in his 70s, lives as Hunter Thompson and Henry Miller bequeathed: with yachts, cocaine, hookers, and active citizenship. In short, I’ve found Moozicore, the upgraded Spotify on the Blockchain.

I don’t remember why the article about this startup didn’t arrive on shitcoinoffering.com but, eventually, the award has found its hero. Thanks to the fact that the guys are going to IEO and want to collect 50 million bucks there. Okay, you may say, let them go, what’s wrong with it? Absolutely nothing wrong but not in the case when it’s attempt 666 for you. And you can’t tell nothing understandable either to the past or to the future investors.

The administrator of the Moozicore group in Telegram announced that they have collected almost 2 mils on the presale before the ICO. 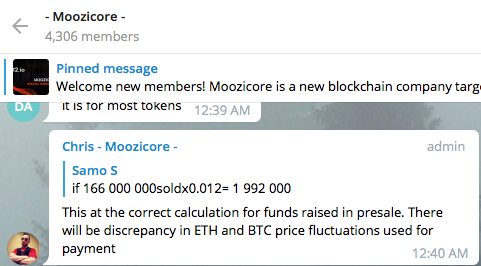 Perhaps that is the reason the guys set mighty caps for the main sale and promised that they will return the money if they won’t collect the softcap. But they didn’t collect it.  So they just were winding people up for a year and prolonged the terms of a sale several times. This didn’t help so they had to come up with IEO. 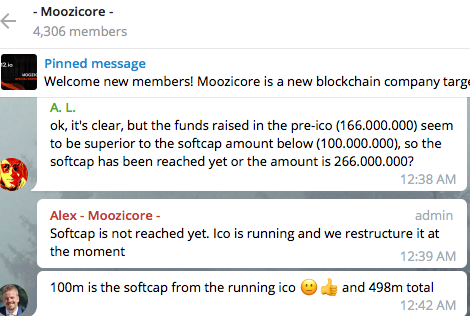 I agree. The team had no other way out: they would be simply burned on a ritual bonfire by the crowd. 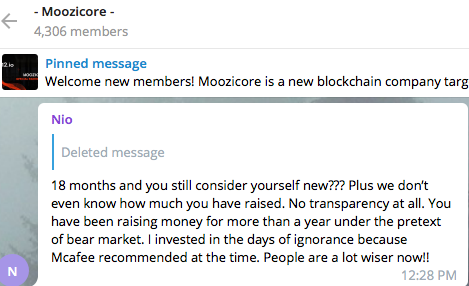 It’s no wonder that only those who don’t give a shit about their reputation have responded to this agony. It no longer exists in a matter of principle. First of all, I’m talking about ExMarkets and LAtoken. What this Sistemkoin shit is I have no fucking idea. 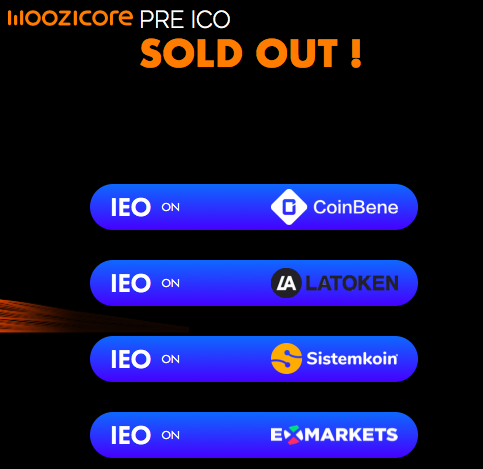 Judging by the logo, it’s the company that likes to plagiarize other people’s logos.

The presence of Coinbene in the list I will write off for lack of experience in IEO. Have they ever launched one? And collected?

Moozicore team is nonames from Poland. Co-founders don’t post on social media (except for Linkedin), they previously worked in the field of tourism and website registration. They have no experience in Blockchain or streaming services.

It doesn’t keep them from claiming that they will create a new Spotify. But it will be 100 times cooler because it’s on the Blockchain. Same story, different startup.

My favorite part is that they will spend money on music licenses. In 2016 alone, Spotify paid $ 1.2 billion in royalties. 50 petty mils, collected on IEO, will be enough for maybe Miley Cyrus alone.

In other words, messing with people without reserve. Right after the token sale, they’re gonna launch in the USA. The bars and customers buying full pockets of MZI shittokens, they raise the price, and that’s all, folks: to the moon. 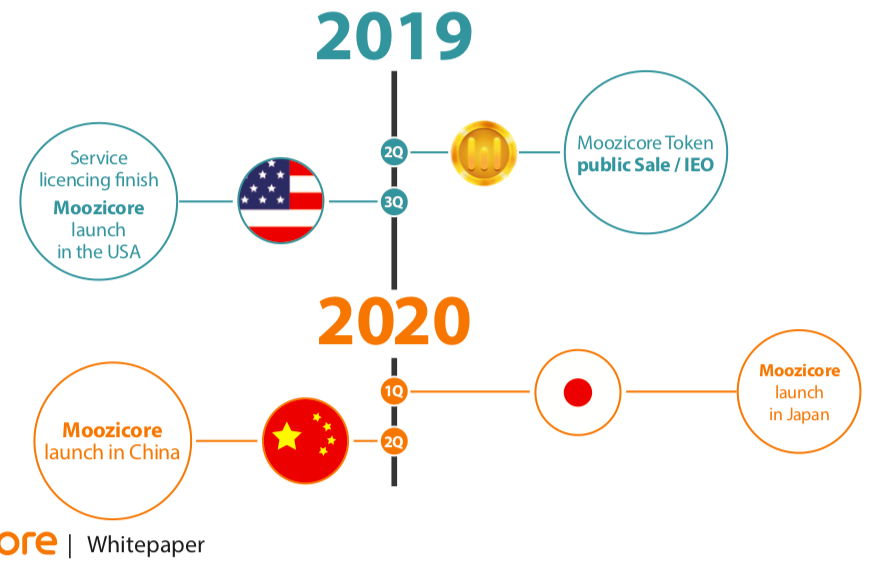 In fact, Spotify is still a loss-making enterprise that is of interest to founders only as a product for sale. Why Moozicore’s is more beneficial and promising, the founders didn’t explain. Their strategy has a huge number of blind spots and it’s not surprising, given their professional background. But the worst thing is that they lie to investors and, for more than a year, are delaying the answers to people who gave them at least 2 million dollars.

The only trick up the sleeve of Polish boys is McAfee. But he has so many activities now that he could simply forget about this loser shit Moozicore. At least as long as there is a white powder on the table.

Friends, write us what you think about McAfee and his projects!