5 ICOs that Sponge Off Charity

Let’s work out what hippie Ponzis, a second cash crusade after a failed crowdsale and former England footballer Joleon Lescott have in common.

Charity is quite possible the highest level of human development achieved so far. Concern for the fate of total strangers, animals and plants that results in attempts to help or even save them – it’s all very cool, but equally complicated. Many use charity as a way to launder money, steal or simply scam others, so new technological solutions are essential in this field. Blockchain isn’t the panacea (the pseudo-needy can still cheat you), but it is capable of fixing a lot.

When a truly worthy blockchain project focusing on charity hits the scene, we’ll be the first to take an interest. In the meantime, unfortunately, cryptodickheads are trying to exploit philanthropy for their own gain.

Legend has it that on the eve of Valentine’s Day some developers-in-arms got together and decided to make a novelty token with a bounty programme. Everything was launched the very next day. When you read the whitepaper, it’s hard to shake off the feeling that you’re at a cult meeting or Woodstock 1969. Seriously, every sentence contains the word “love”. 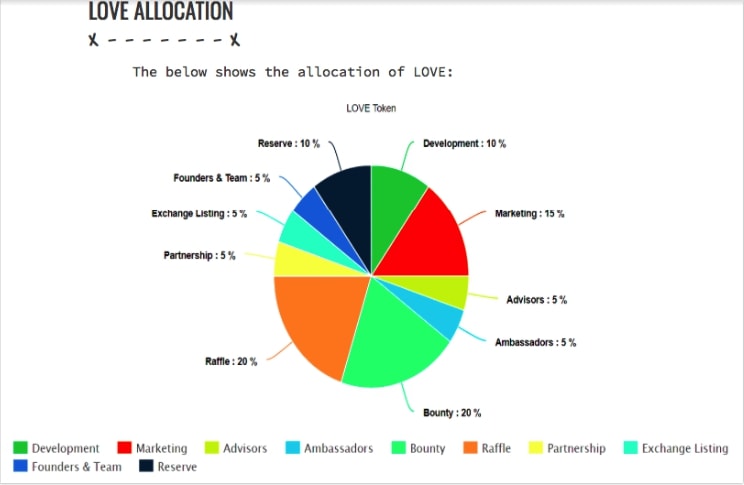 When you try to hack your way through this dense forest of love and get to what is actually the essence of the project, it turns out to be a classic Ponzi scheme. Proof: 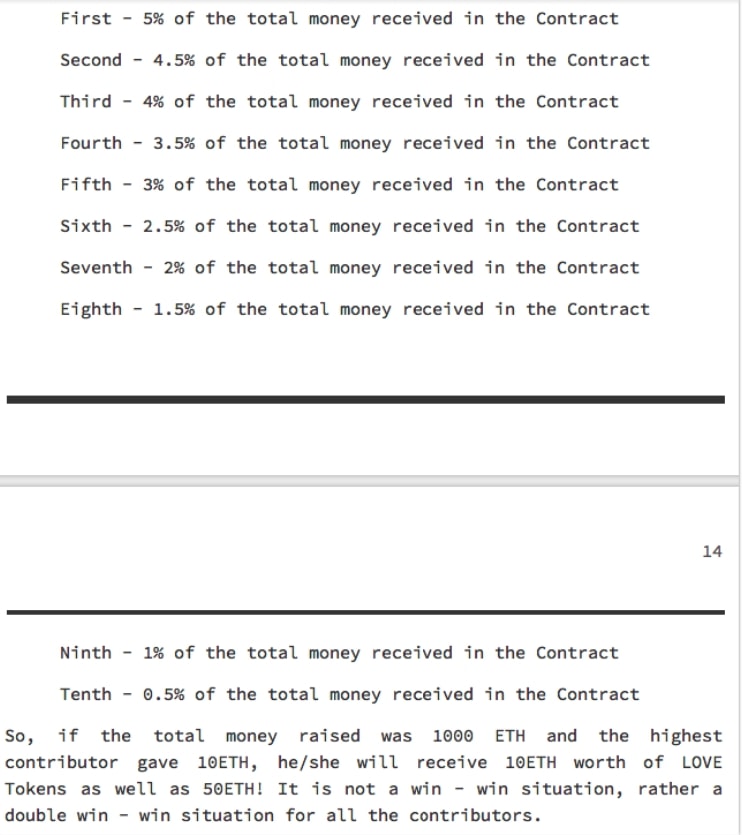 The necessity of the sale is described in great detail. We especially like “miscellaneous uses”. 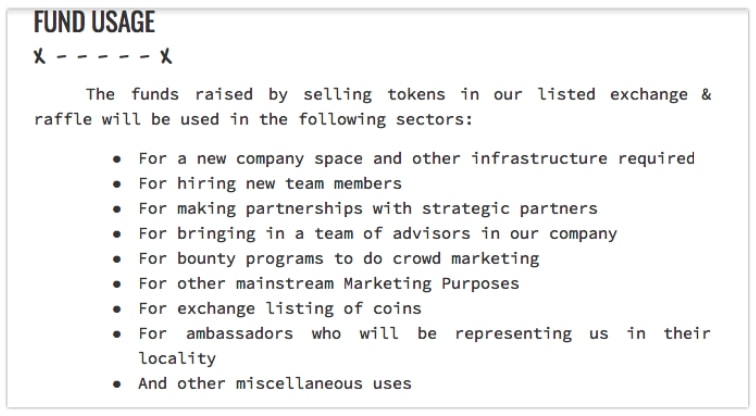 The CEO and founder has a personal website where he offers his services.

Well there you go. We should do the same thing 🙂 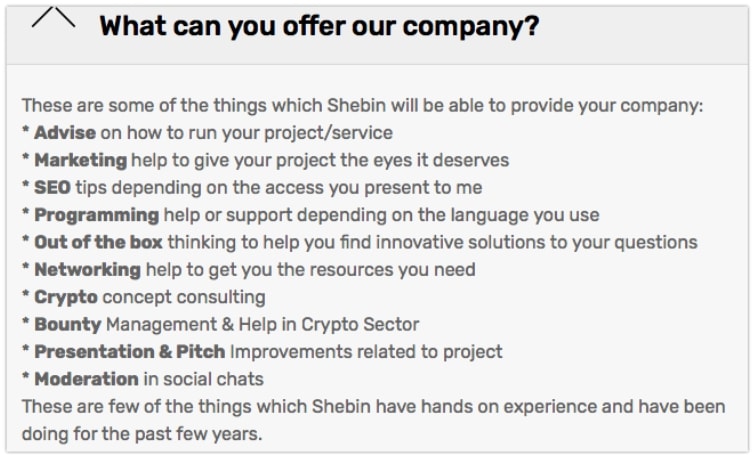 The social media pages are shitty – no love at all 🙂 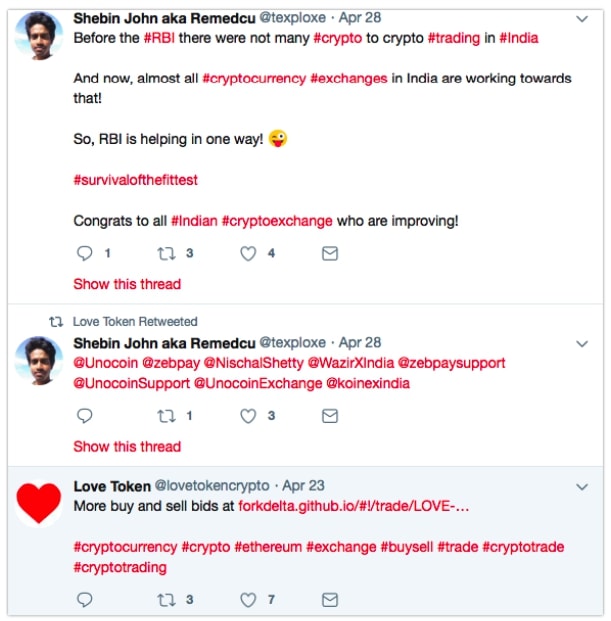 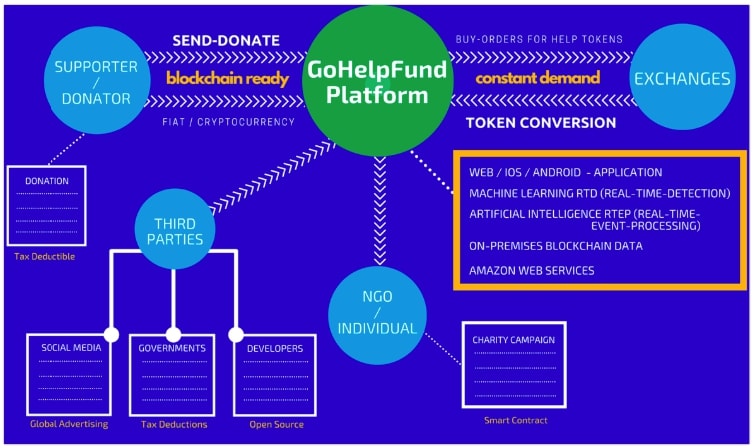 Look how nice it is: 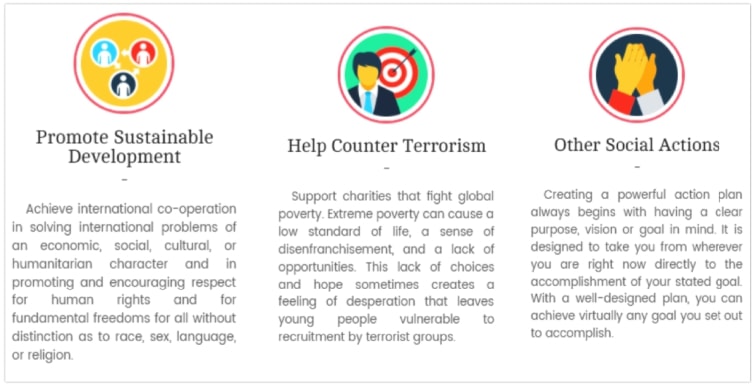 Judging by the roadmap, there should already be an alpha version. But there isn’t.

And here we come to an important point. The creators of the project plan to give 10% of all tokens to charity. So in this case it’s not voluntary, but compulsory. What can you do if you don’t want the tokens you’ve bought to change in value because of donations to an unknown cause? What if you’re already helping some homeless people dying from cancer and now you just want to take part in creating a good product?

This is what the project needs money for: 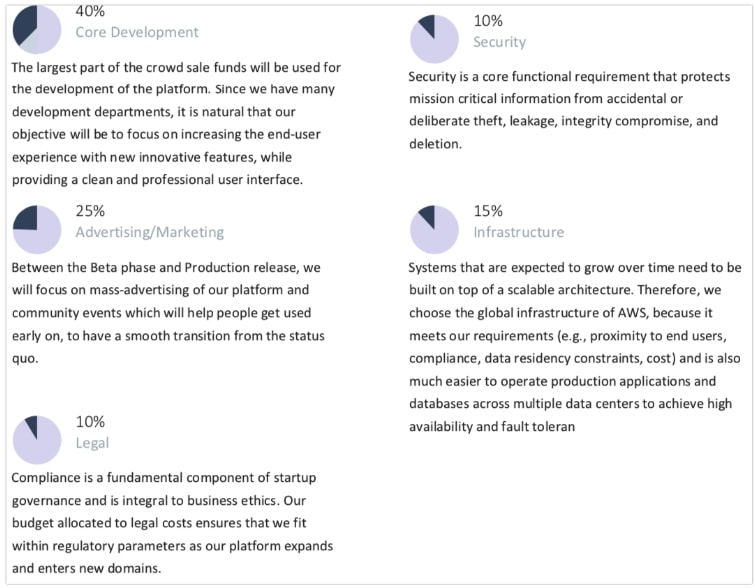 The whitepaper contains 14 half-assed pages. Meanwhile, the cofounder has urged Etherscan to remove an existing token with the same name for the following reasons: 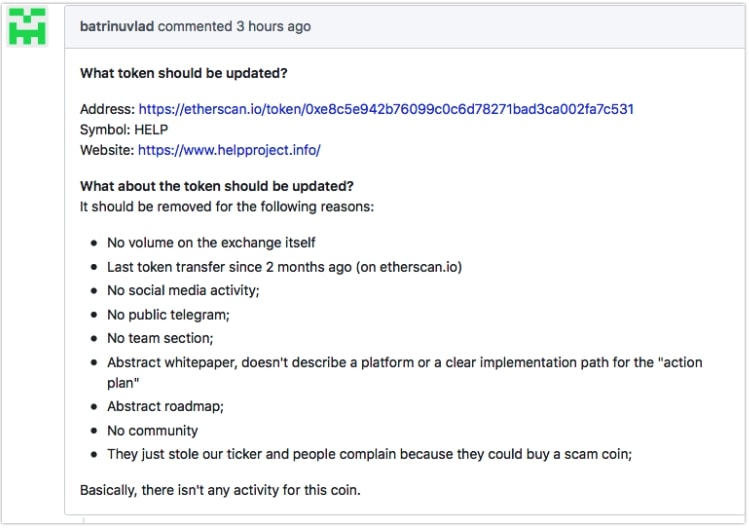 That project does indeed look like it was put together by children, but these dudes don’t really inspire confidence either. They worked at Romanian IT firms before suddenly deciding to create a charitable platform. One of them says he worked on a hotshot iOS app in the USA. We took a look at the guy’s LinkedIn profile and couldn’t find any companies that have served up a top product.

A counter on the website indicates that the project has raised a third of the hard cap (200 ETH). 95% of the tokens are held by one person.

Their social media game is weak. On Telegram, they have admins, one loyal user and a few stray visitors who ask when the token will finally be listed on an exchange. The only positive to come out of the chat was learning that this is the team’s second project following HolyCoin, which had the same key features and didn’t reach its soft cap. Oops. So they’re on their second crusade for cash. 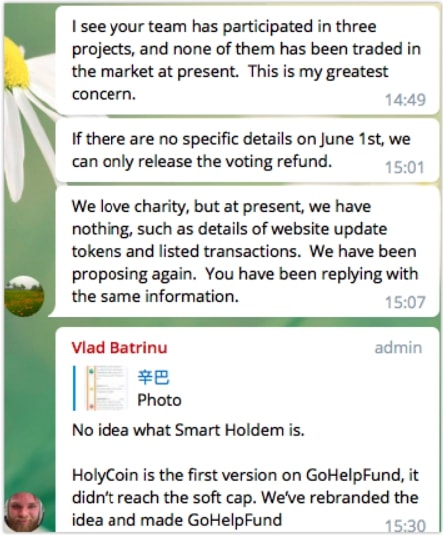 The last update on GitHub was back in April.

Here’s how it’s supposed to work: 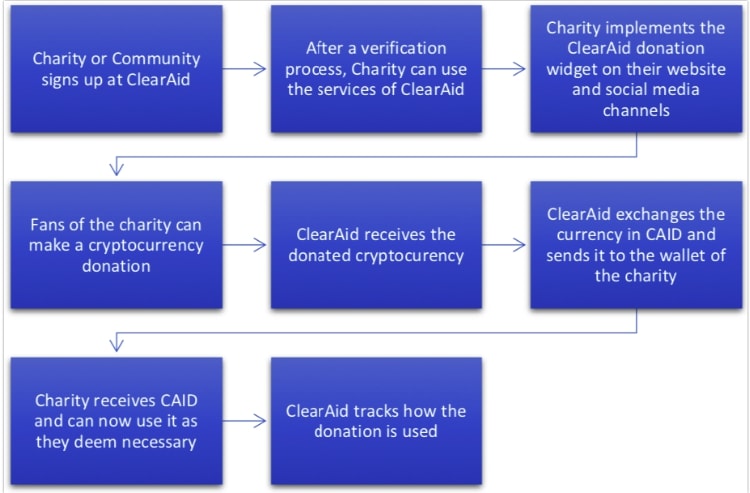 Here is the token distribution. Charitable 🙂 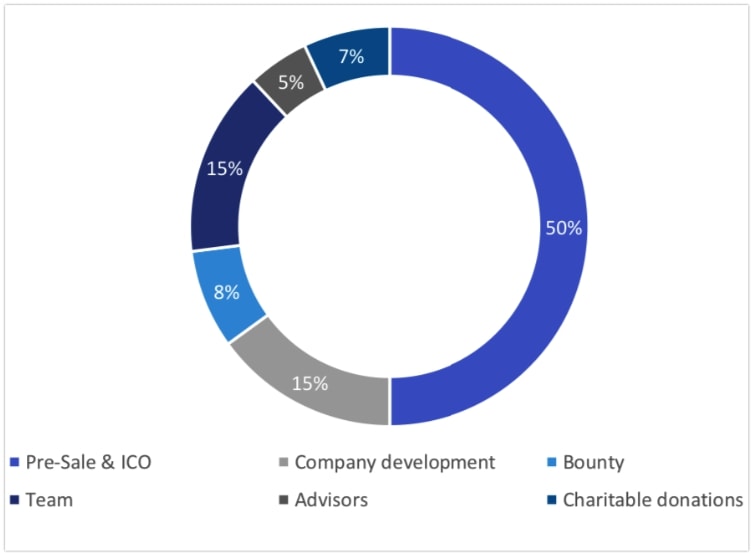 Take a look at the LinkedIn pages of the founder and CTO. They’ve both roamed the entire world, working in companies that are impossible to Google (try to find Deliverin and VosaTech). But the website of Elvis’s last company is the most hilarious thing. The dude really loves himself. Oh and the startup’s Director of Operations is an online fitness coach. That’s not a joke. 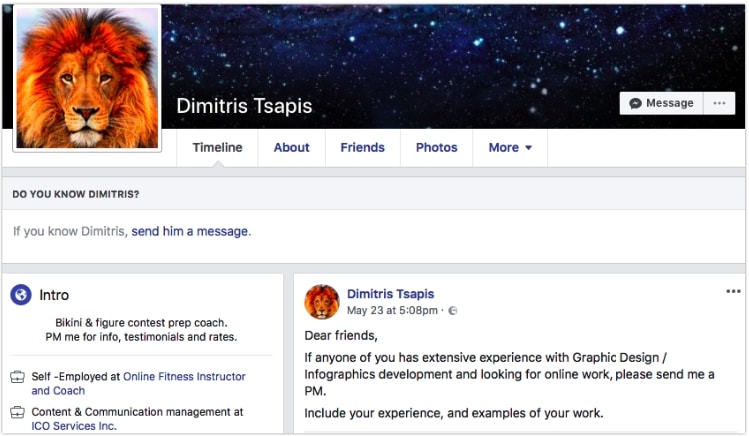 The website is new, cheap and the owner country is hidden. 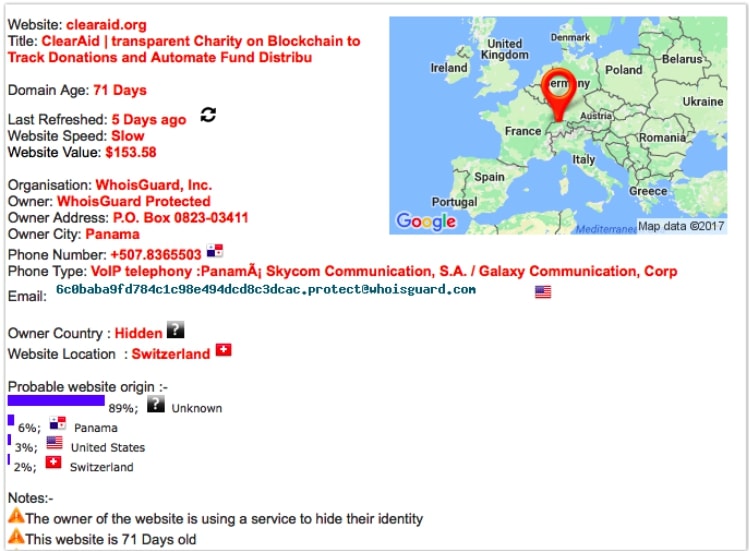 Also the guys themselves have written that they take no responsibility if they’re unable to launch the project. Sweet.

The social media pages are riddled with purchased likes and reposts. They don’t really convey any sort of message about the project itself. Judging by the Telegram channel, there were problems with the bounty campaign. 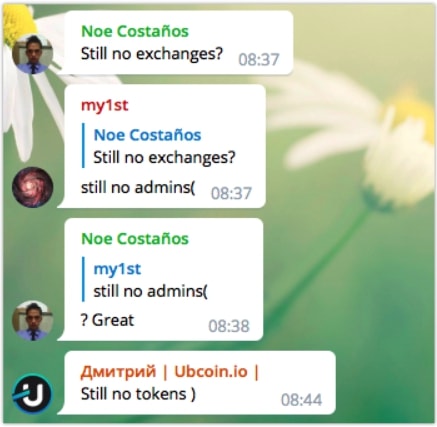 They want to raise more than 8 million dollars from the sale. No Use of Funds breakdown is provided. To sum up, it’s not worth expecting anything decent from these guys.

They don’t really tell us how they’re going to operate. The main thing is that it’s a “revolutionary charity exchange based on blockchain”. The company’s website is full of broken links like this one:

And their followers on Telegram are oh so real. One thousand views of a post from 12,583 followers is quite a feat. The mute button must still be smoking from overuse. 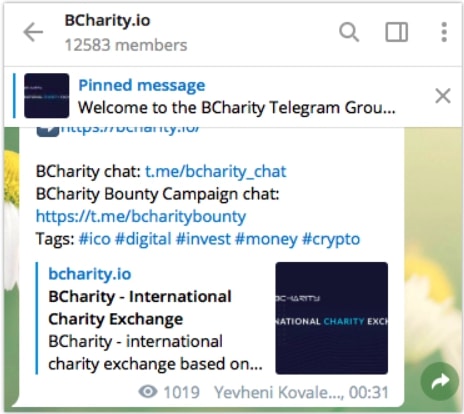 The Facebook page is off the fucking chain though. The most valuable reposts from the most proven people. 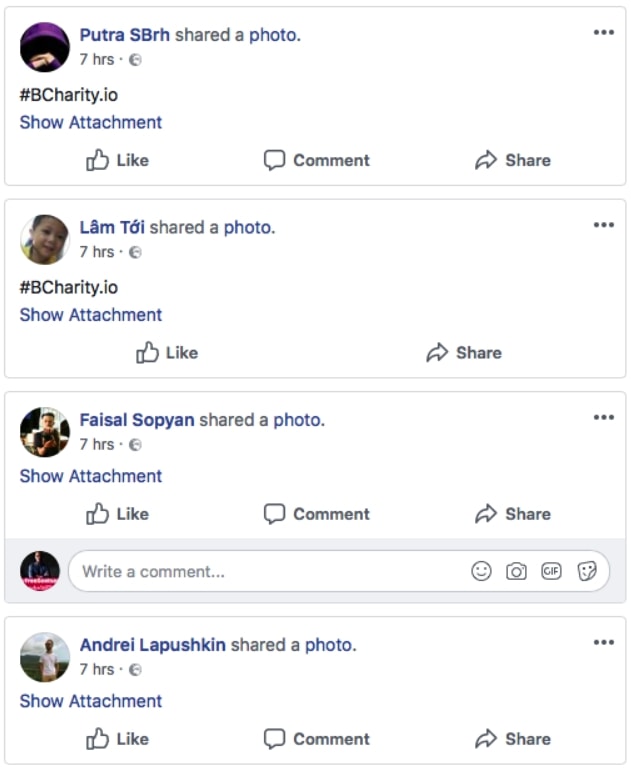 The boss is from Kharkiv, which is somewhere in Ukraine. Pay attention to his job titles, as they have quite an influence on the budget distribution. 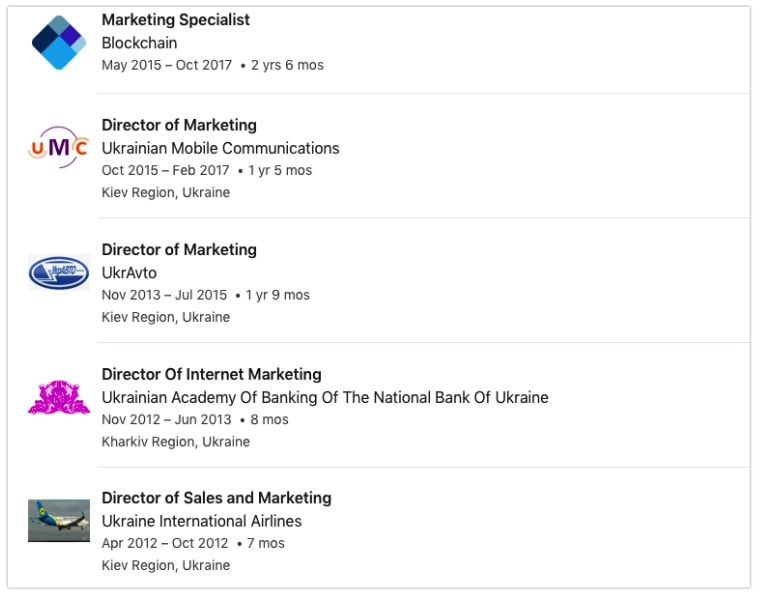 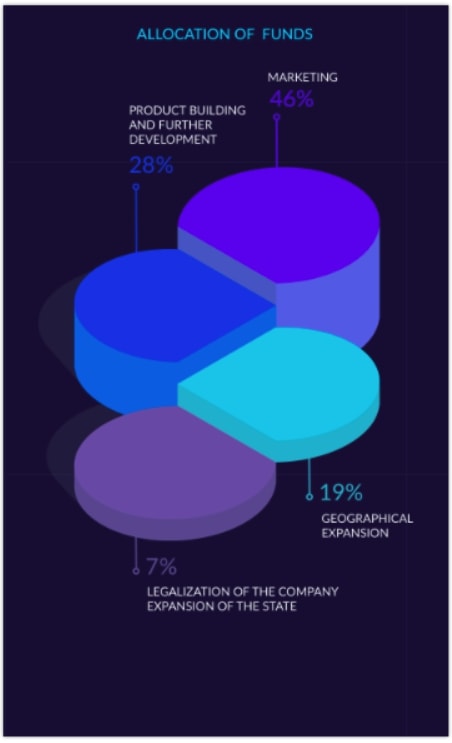 Come on. Even the fishiest scams don’t blow half the fucking budget on marketing. These guys are stuck in the past and obviously have no idea that you need a fuckload of money to create an exchange.

Okay, Google, what can you tell me about the boss? Here’s him running in his wedding photos. It looks really nice, honest, but that’s everything. There’s absolutely fuck all about the cofounders. 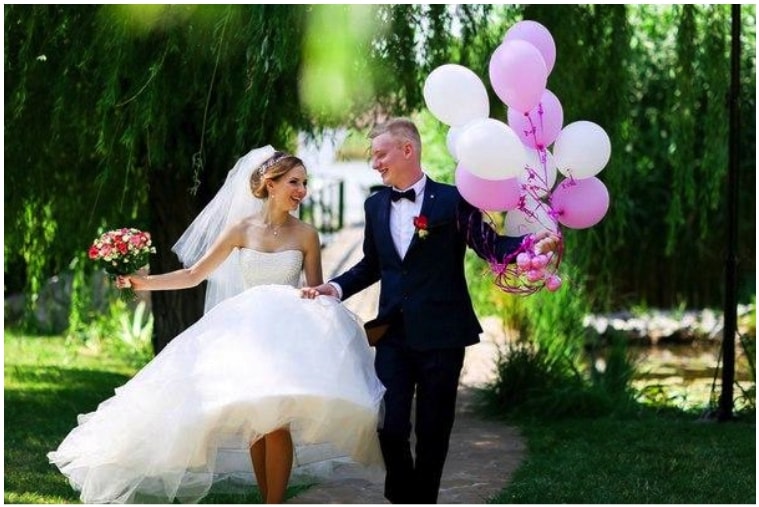 Just look at the delicious bonuses for bulk token buyers. The boys want a total of 35 million bucks. 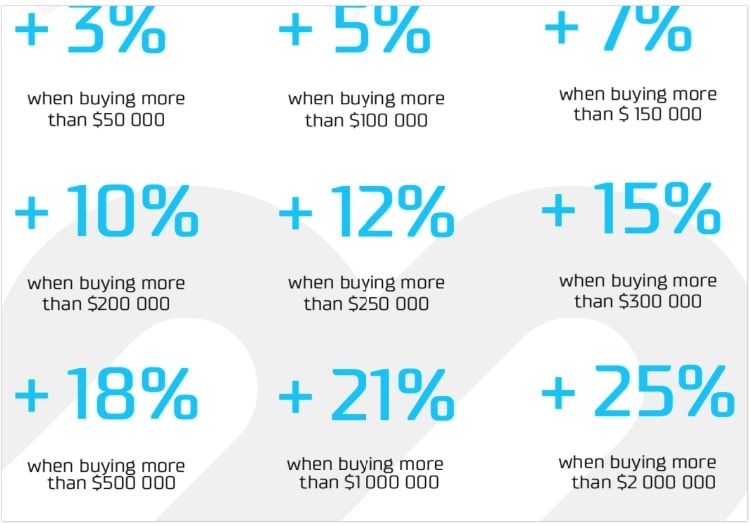 This redheaded fox will surely give them some hints on how to get what they want. According to Google, she does marketing courses and has a YouTube channel with 19 subscribers. Definitely not a McAfee. 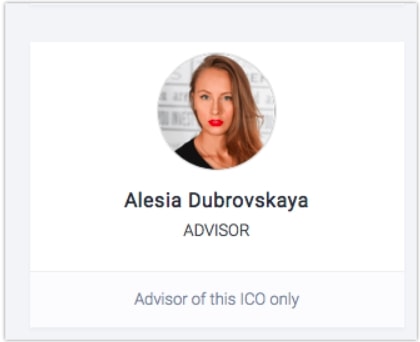 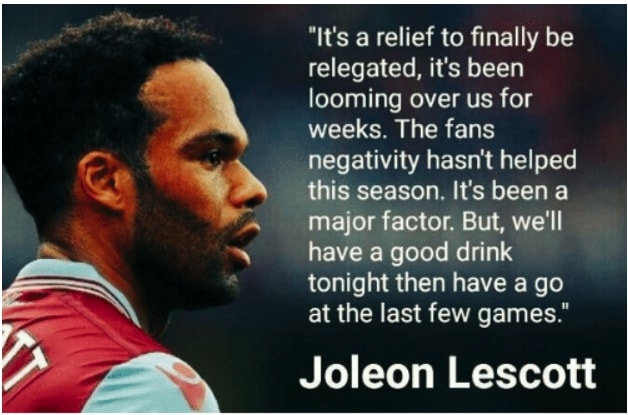 The main thing about this startup is that former England defender Joleon Lescott is a cofounder. Which is probably more of a disadvantage for the project than an advantage. Firstly, the investments of sportsmen quite often don’t work out. Lescott’s former teammate, goalkeeper David James, was raking in loads of dough until he made a couple of shitty investments and went bankrupt. Secondly, Joleon himself recently got a job looking after Man City players that have been loaned out. Which takes up quite a lot of time, so Wishcoin is definitely already working without him. If it’s working at all.

Judging by what is written on the official site and whitepaper, the guys didn’t bother doing too much work anyway. It is unclear why they are actually releasing Wishcoin, how it will work and what’s in it for investors. Nothing but well-worn phrases: 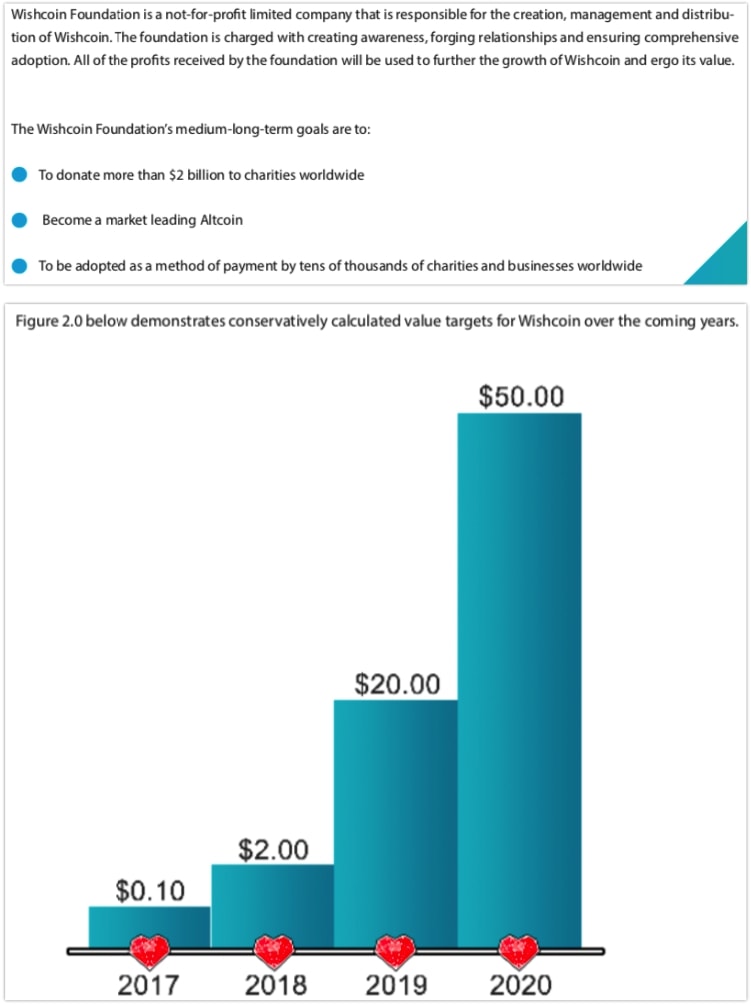 Bitcoin is down and altcoins are tumbling into the abyss. Time to sell them all and stock up on Wishcoin. It’s stable and will hit $50. An awesome prediction based on absolutely nothing 😀

The distribution of funds raised at the ICO looks like this. More charity, more marketing. We have no idea what sort of product these pseudo-philanthropists want to make and how.

We’ll end on the fact that the social media pages haven’t been managed since the start of March. And we’ll come to the conclusion that the project is fucked. 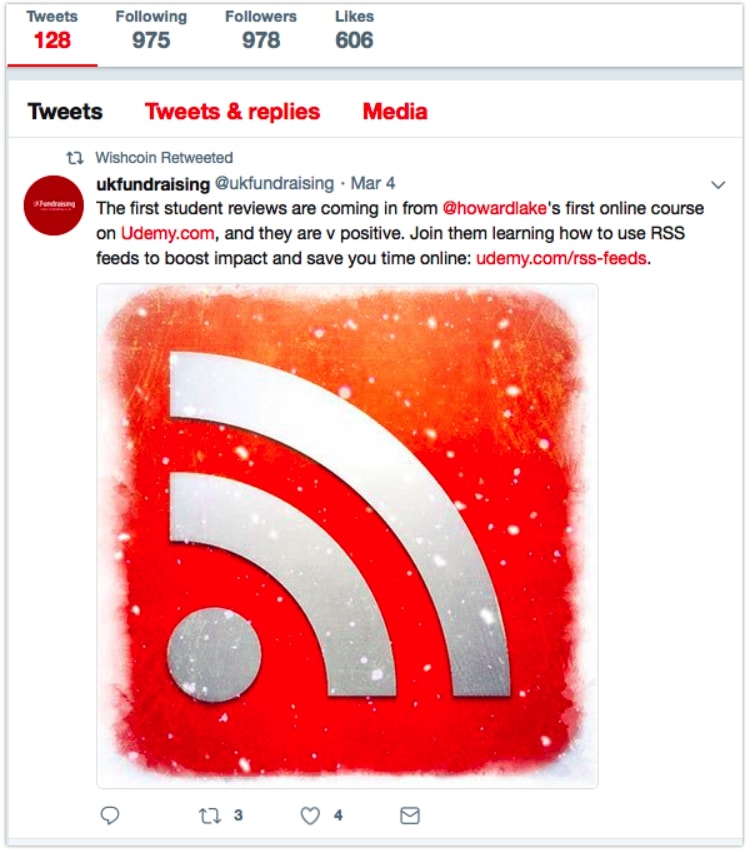 Tell us what you think about our investigations in the comments. If they still aren’t enough for you, we can always do some research on an ICO that has caught your eye. For free, honestly and from the heart. Together we will prevail!